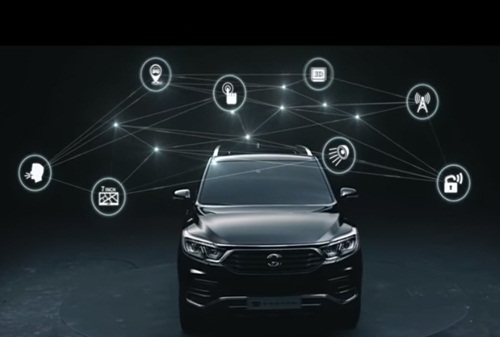 To be available through a separate high-end showroom within the Mahindra ‘World of SUVs’ with exclusive relationship managers, the Alturas G4, a rebadged version of the SsangYong G4 Rexton, will compete with players that operate in the Rs30+ lakh (ex-showroom) price range.
“The Alturas G4 is our most luxurious offering till date and will come with a host of technology and safety features, many of which are not available in vehicles in a similar price range. We have always been a pioneer when it comes to creating industry benchmarks and the Alturas G4 will be no different. We are certain that with the Alturas G4, we would redefine the high-end SUV segment, Veejay Ram Nakra, chief of sales and marketing, M&M Ltd, said.
The high-end Alturas G4 showrooms will be equipped with ultra-modern digital technology to provide an enhanced and immersive high-end experience for customers. All Alturas G4 customers would have access to exclusive relationship managers to cater to their requirements, another segment first.
With the Alturas G4, Mahindra would also be introducing a new premium loyalty programme, called Purple Club+. The Purple Club+ programme will be a first-in-category loyalty programme that would enable customers to earn and redeem points based on engagements with the brand.
The Alturas G4 gets a new Mahindra-style chrome grille, along with premium exterior features like - LED headlamps and taillights, alloy wheels, sunroof and more.
The Mahindra Alturas G4 will also come with an abundance of chrome all over. As for the cabin, the SUV is expected to come with soft-touch materials all around for a plush feel, along with dual-zone automatic climate control, ventilated seats, 8-inch touchscreen infotainment system with Bluetooth connectivity, Android Auto and more.
T Alturas G4 will be powered by a 2.2-litre turbocharged diesel engine with 183 bhp and will come mated to only an automatic transmission. The Alturas G4 will be offered in two variants - 2WD AT and 4WD AT - in four colour options - New Pearl White, Napoli Black, Lakeside Brown, and Dsat Silver - All of which will be available on both trims.
MORE REPORTS