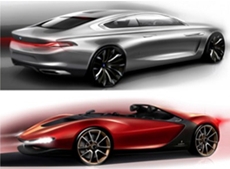 M&M's offer is expected to have the backing of Pininfarina's majority shareholder Pincar, (the Pininfarina family company), which holds a majority 76-per cent stake, but the offer would still need the approval of Pininfarina's thirteen creditor banks, the report said.

Pininfarina's stock price has soared by nearly 40 per cent since the Cambiano-based company announced late last month that M&M had expressed an interest in tabling a buyout offer.

M&M is already one of Pininfarina's clients and the two have collaborated on the Halo, a sporty-looking electric car that was on display at the auto show in New Delhi in 2014, the report added.

Pininifarina was founded in 1930 by automobile designer and builder Battista "Pinin" Farina. It is a leading supplier of automotive services with proprietary know-how in design, product and process engineering and niche vehicle manufacturing.

Since the '80s the company has also provided industrial design services like 3M and Motorola.

But the iconic company has been losing money for years, despite lucrative contracts with major automakers that included designing and building cars for Ferrari.

Pininfarina has debt of around €45 million, posted net loss of €1.3 million last year.

This will not be the first overseas acquisition by M&M. The Mumbai-based company had purchased the South Korean cash-strapped SUV maker Ssangyong Motor in 2011 in a $520 million deal (See: M&M completes buyout of Korea's SsangYong).