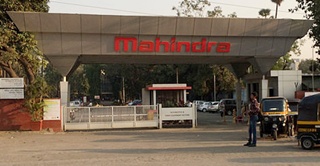 "We have already begun experiments in our R&D facility in Bengaluru. Once we get approvals from the respective governments, we'll start testing these cars on road," the executive said.

Mahindra Reva will need three - four years to develop a production model after starting trials, according to the executive. While the road tests would be carried out in the UK and Singapore, the software to control the car's movement and other aspects is under development at the company's research and development facilities in India, in partnership with the group's technology arm, Tech Mahindra.

A Mahindra spokesperson declined to comment on the development.

Today's top-end cars are laden with a number of technologies that automate some tasks, such as intelligent cruise control and lane-departure detection. The Tatas' Range Rover Evoque has a 'park assist' feature with which the car parks itself into the nearest vacant parking slot.

Mahindra Reva currently has about 2,000 electric cars on India's roads, each with more than 100 sensors attached. The company collects data from the cars for analysis and diagnosis, as even offers a feature to fix many glitches remotely.

Mahindra is also trying to crowdsource some of the innovation in the area of driverless cars. The company last month began a driverless car challenge, inviting engineers to build such cars for a prize of $700,000.

The project will let the selected teams build driverless car prototypes for decongesting Indian roads. The first edition will have a timeline of 2-3 years split into three phases, the ET report said.