Mahindra is undoubtedly the numero uno in the Indian SUV segment thanks to Scorpio, Bolero and Xylo as also a very compact and elegant XUV 500. But there are more in the pipeline with two new launches in the SUV segment - the new S101 and S102. 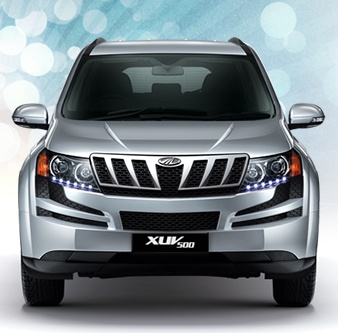 Hotwheels reports that The Mahindra S-101 was spotted testing on the roads of Chennai that revealed a compact profile. According to Hotweels, IndianAutosblog featured two images, sent by a reader, of the SUV being tested. ''One of the test vehicles features a rear view mirror only on the driver's side. The same test mule also has what looks like a hastily put together headlamp cluster, as prototypes have not neared the final phase of development,'' according to the blog.

The new S101 would likely have a monocoque chassis developed by Mahindra in partnership with Ssangyong and would be offered with a petrol engine. This MPV would take on the likes of the popular Ford Ecosport, Renault Duster, Nissan Terrano and Hyundai's latest launch - Santa Fe.

Meanwhile, International Business Times, reports that the car would likely make its entry into the highly competitive SUV market in early 2015. The report cites a Motoroids report as suggesting that the S101 would likely be named the Mahindra XUV300 and would be positioned below the company's XUV 500.

It is also rumoured that the company would launch an automatic gearbox variant of its iconic sports utility vehicle XUV500 by mid-2015. The vehicle was unveiled in September 2011 across five Indian cities, and the cheetah-inspired XUV500 won many hearts thanks to its stylish frame and state-of-the-art technologies, which include GPS navigation system, automatic climate controls, voice commands. It also comes with a sophisticated infotainment system, complete with 6-inch LCD touchscreen, DVD player, iPod connectivity, along with six speakers.