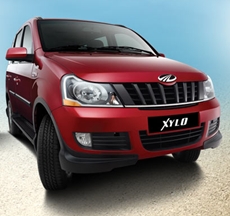 The company said the new car would soon be in the international markets.

The new Xylo is being offered in five variants and is priced at Rs7.37 lakh for the entry model and Rs10.25 lakh for the premium model E9, ex-showroom Delhi.

The price difference between the new model and the old one is around Rs15,000 and when asked whether the new model would eat into sales of the XUV500, which had logged in a demand of nearly 34,000 units since its launch late in September 2011, Shah said he was not worried about cannibalisation.

"If at all some sort of cannibalisation happens, that's fine with us as long our products are sold," Shah said.