To mitigate the impact of rising raw material costs and a squeeze in margins due to the sharp fall of the rupee against the dollar in recent weeks, car-makers including M&M, Renault, Nissan Motor, Hyundai Motor, Ford, General Motors and Toyota Kirloskar have also announced hikes in the prices of their vehicles by up to 3 per cent from 1 January. 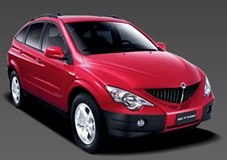 Auto major Mahindra & Mahindra yesterday said it would hike the prices of its entire range of vehicles by up to 3 per cent from 1January due to rising input costs. The company said in a statement that it "would be raising the prices of its products by up to 3 per cent, depending on models". The upward price revision would be effected due to rising input costs over the last few months, the company said.

While Renault India would hike the price of its sports utility vehicle Koleos by Rs1 lakh from 1 January, Nissan Motor India is increase the price of the small car Micra as also the petrol version of premium sedan Sunny by up to 2 per cent.

The country's second-largest car maker, Hyundai Motor India, too would increase the prices of its vehicles by 1.5-2 per cent from January next year.

Ford India would also raise prices of its entire range of models by 2-3 per cent and on the same lines, General Motors India has announced that it would raise prices by 1-2 per  cent from January, 2012.

It would also hike the price of its Beat diesel model by Rs15,000.