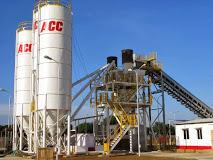 The board of directors of ACC Cement at its meeting today decided to explore further the possibility of merging operations with Ambuja Cement, at the annual meeting of ACC.

"The board of directors of the company, at its meeting today, decided to commence an evaluation of a potential merger between the company and Ambuja Cements Ltd, with a view to combine the strengths of both businesses so as to benefit all stakeholders," the company stated in a filing with the Bombay Stock Exchange.

''A special committee of directors, of which majority are independent directors, has been constituted to commence the evaluation. No decision to merge has been taken and our board will decide on a merger upon receiving recommendation from the special committee and the audit committee,'' the company said in a regulatory filing.

LafargeHolcim owns 63 per cent in Ambuja Cements, while in last November, it had increased its stake in ACC by 4 per cent and Ambuja Cements by 2 per cent.

The merger has been on the cards since 2013, when LafargeHolcim opted for a major rejig. The parent company took a stake in Ambuja Cements, which in turn owns a 50.05-per cent stake in ACC.

In June last year, LafargeHolcim entered into a deal to divest assets previously under Lafarge India, and agreeing to sell Lafarge India to Nirma for Rs9,400 crore, including debt. This was as part of a deal to complete the India leg of the global merger of Lafarge and Holcim.

The announcement came after market hours.