Desh Bandhu Gupta, who founded Lupin LTD (formerly Lupin Laboratories) with Rs5,000 borrowed cash from his wife and turned it into a pharma giant with annual sales of Rs17,000 crore, and- the eighth largest generic drug firm globally, passed away in Mumbai on Monday. He was 79 and is survived by a wife and five children. 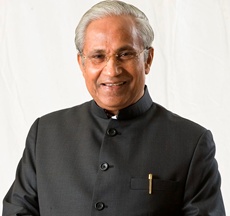 Gupta started his career as an associate professor at the Birla Institute of Technology and Science, Pilani, Rajasthan. He quit teaching and decided to be an entrepreneur as he was "not able to implement ideas into practice", he came to Bombay (now Mumbai) and worked in a small British pharmaceutical manufacturing company. He founded Lupin in the 1968 with a start-up capital of Rs5,000 borrowing the money from his wife.

The first office of Lupin was a rented premise in Central Mumbai which worked for dispatching of medicines. Later, with Rs 8 lakh loan from Central Bank of India, he started a factory whose major order was to provide iron and folic acid tablets to the Government of India programmes related to mother and child healthcare.

Under his leadership, Lupin has become a global pharmaceutical company whose consolidated turnover was Rs17,000 crore (equivalent to $2.63 billion) and profit after tax was Rs1,836.4 crore (about $285 million).

Gupta started his pharma business when the Indian market was dominated by multinational pharma companies. Doctors, too, were not ready to accept the quality of medicines made by local companies. Gupta had successfully overcome all these challenges.

Much of Lupin's growth came in the past decade, when the company ventured into newer markets and diversified its product base. It was the first Indian generic drug maker to enter Japan, by acquiring Japanese drug maker Kyowa in 2007, and the first to tap the branded generic segment in the US, in 2004. In FY17, the US market sale crossed $1 billion, close to half of Lupin's total.

Lupin also took a big leap by setting up facilities to manufacture Active Pharmaceutical Ingredients (raw materials used in dosages) for these medicines. Till a decade ago, the APIs contributed to nearly a third of Lupin's sales.

Gupta set up the Lupin Human Welfare & Research Foundation (LHWRF) in October 1988, with the objective of creating a replicable and evolving model for sustainable rural development with a simple goal of uplifting families living below the poverty line in rural India.

Gupta received a Lifetime Achievement Award during the Pharma Leadership Summit 2009. He was also the recipient of the Ernst and Young Entrepreneur of the Year 2011 – Visionary Leader award.

In 2015, Forbes estimated Gupta's net worth at $7.2 billion, making him the 254th richest person in the world.