More reports on: M&A, IT news, Larsen and Toubro Infotech

The boards of directors of Mindtree and Larsen & Toubro Infotech (LTI) at their respective meetings held on Friday approved a composite scheme of amalgamation of these independently listed IT services companies under the Larsen & Toubro Group. 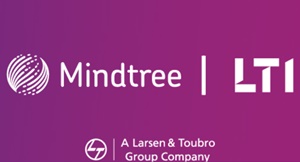 The proposed integration will create a scaled up IT services provider of a value exceeding $17.69 billion, with annual business of $3.5 billion. The transaction is subject to shareholder and regulatory approvals.
Both Mindtree and LTI have delivered market-leading financial performance and created value for shareholders given the recent industry shifts that gives prominence to large deals and preference for end-to-end offerings.
Upon the scheme becoming effective, shareholders of Mindtree will receive LTI shares at the ratio of 73 shares of LTI for every 100 shares of Mindtree. The combined entity will be called "LTIMindtree." LTI stated in a release on Friday.
The new shares of LTI so issued will be traded on the NSE and BSE.
Larsen & Toubro Limited will hold 68.73 per cent of LTI after the merger.
For now, the companies will continue to function independently. A steering committee will be constituted to oversee the transition till the merger process is complete. The name of the combined entity will be “LTIMindtree” leveraging the advantages of both the brands and creating value for all the stakeholders.
Shares of LTI ended Friday's session with a valuation of $10.47 billion, while Mindtree closed at $7.24 billion.
"End of the year, with the size we will be, will qualify us to really be considered for over $100 million deals," LTI Chairman A M Naik said at a press conference.
L&T's push for scale in the high-growth software industry follows a pandemic-led surge in demand for digitalisation, as global businesses invest billions of dollars in cloud-computing, digital payment infrastructure and cyber security.
“This merger represents our continued commitment to grow the IT services business in line with our strategic vision. The highly complementary businesses of Mindtree and LTI will make this integration a ‘win-win’ proposition for our customers, investors, shareholders, and employees,” A M Naik, chairman, Mindtree, said.
“We are confident that the proposed merger will help us build on the combined strengths of both these organizations to unlock synergies through scale, cross-vertical expertise, and talent pool. This will help us emerge as a partner of choice for large-scale tech transformations and create a distinctive employee value proposition,” S N Subrahmanyan, vice chairman, Mindtree, said.
The merged entity will need about 20 per cent to 30 per cent more employees above the combined strength of about 80,000, LTI's Naik said.
LTI also said Sanjay Jalona resigned as chief executive officer and managing director.
Larsen & Toubro acquired Mindtree in 2019, following a rare hostile bid for a controlling stake, the first such pursuit in India's software services industry.
Before the merger, L&T owned a little over 60 per cent in Mindtree and a 74 per cent stake in L&T Infotech.
KPMG India Services LLP acted as financial advisor to Mindtree.
JSA (Advocates and Solicitors) acted as legal advisors to Mindtree.
Goldman Sachs (India) Securities Private Limited provided fairness opinion to Mindtree on the valuation done by the valuer for the proposed transaction.
Ernst & Young Merchant Banking Services LLP were appointed as valuers by Mindtree.
MORE REPORTS