Larsen & Toubro Ltd, the diversified engineering company, announced on Thursday that it had raised $600 million (Rs2,280 crore) through qualified institutional placements and foreign currency convertible bonds to fund expansion in its emerging businesses, including railways and defence.

The company sold $400 million of shares and $200 million of foreign currency convertible debentures, its executive vice-president R Shankar Raman said in Mumbai. The shares were priced at a 1 per cent discount to Wednesday's close and the bonds at a 15 per cent premium, he said. 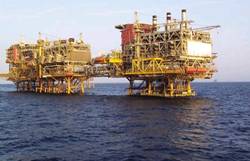 L&T is adding railways, defence and shipbuilding to its main business of constructing factories, roads and bridges, to benefit from a government plan to spend $500 billion by 2012 to augment India's infrastructure. The union government is boosting its current defence spending by 15 per cent to Rs86,880 crore after terror attacks last year.

The FCCBs have been issued for five years and can be converted any time. However, given the premium of 15 per cent, an investor will have to hold the bonds for some time to book profits.

''We will use this money to fund our growth projects,'' Raman said. The funds raised would help the company bid for infrastructure and ultra mega power projects announced by the government, he added.

L&T's expertise lies in executing large turnkey power projects and it now wants to explore opportunities on its own. Though it had bid for a few power projects earlier, it was not successful.