LG to pump in a whopping $19 bn this year 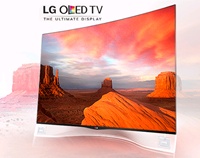 The company said it would invest the money in various subsidiaries, including LG Electronics. The investment will be used to boost production facilities and fund research and development of products.

Almost two-thirds of the investment will be allocated to increase production facilities at the group's electronics businesses. This will include expanding production lines to manufacture ultra-high resolution liquid crystal display (LCD) and organic light emitting diode (OELD) display panels.

The total represents a 19.1 per cent increase from its 2012 spending of 16.8 trillion won, LG Group said in a statement.

The company said that its research and development investment would focus on developing smartphone software and next generation flexible and transparent display panels.