More reports on: In the news, Banks general, UB Group

Fugitive businessman Vijay Mallya, who is facing extradition proceedings in the United Kingdom, is reported to have indicated his willingness to return to India after the Enforcement Directorate (ED) armed itself with newly-acquired powers to confiscate his property. 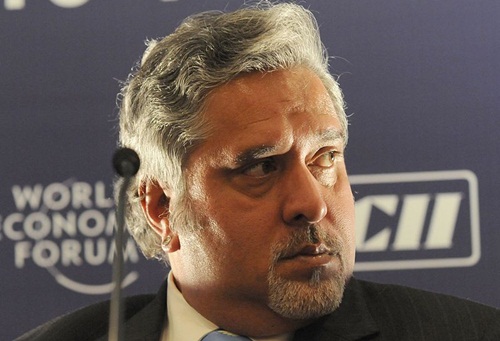 Reports quoting sources at the agency, which has recently invoked the Fugitive Economic Offenders Ordinance (FEOO), has indicated that Mallya may come back to India.
Mallya’s change of heart comes after the agency moved to confiscate his assets in India and abroad under the Fugitive Economic Offenders Ordinance.
While Mallaya has not officially communicated his willingness to return to India so far, the ED is learnt to have received inputs that he has shown the intent to come back to India to face trial in the cases against him regarding alleged wilful default of bank loans.
“We have information that he may return,” said an official.
The ED had, a few weeks ago, moved an application before a Special Court in Mumbai seeking issuance of a notice against  Mallya under the FEOO and confiscation of assets worth Rs12,500 crore purportedly linked to him if he failed to show up in the court.
Accordingly, the court issued a notice seeking his presence on 27 August. A certified copy of the notice is now with the ministry of external affairs to be sent to the United Kingdom to be served on the beleaguered businessman.
Mallya is the first Indian to be prosecuted under the Fugitive Economic Offenders Ordinance.
Meanwhile, India’s request for extradition of Mallya from the United Kingdom is still pending with the London Metropolitan Magistrate’s Court. The next hearing on the extradition plea is slated for 31 July.
MORE REPORTS