The Central Drugs Standard Control Organisation (CDSCO) is reported to have ordered pharma multinational Johnson & Johnson to stop using raw materials lying at two of its factories in India to manufacture baby powder until test results prove they are free from asbestos. 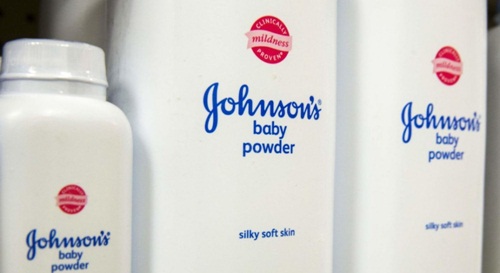 Reports quoting an unnamed senior CDSCO official said on Thursday that a written order has been served on the company to stop using the "huge quantities" of raw materials stocked in its plants in northern and western parts of the country.
The order follows collection of test samples of its talcum powder by CDSCO officials from the company’s facilities, the company said on Wednesday.
Johnson & Johnson, however, vouched by the safety of its cosmetic talc, which it said was based on a long history of safe use and decades of research and clinical evidence by independent researchers and scientific review boards across the world.
CDSCO and state-based food and drug administrations launched an investigation into J&J's baby powder following a Reuters report last Friday that the firm knew of the presence of cancer-causing asbestos in the product for decades.
The company, which started selling its baby powder in India in 1948, just a year after independence, became synonymous with baby care in India with baby gift boxes containing the talcum powder, soap and other products meant for newborns and young children.
With retail network of pharmacies, the company commands a strong presence across the country and remains the No 1 seller of powder for babies. Despite adverse remarks against its products within and outside the country, including in its home base, the United States, there is no significant signs of a backlash against J&J products in India.
The fact is that there is no significant competition to J&J in India although local and international companies, such as Bengaluru-based Himalaya Herbals, and Italy's Artsana, which produces Chicco baby brands, also sell their products in India.
MORE REPORTS