US healthcare giant Johnson & Johnson (J&J) today said that its $30-billion tender offer for Actelion has succeeded, and it now controls 77.2 per cent of the voting rights of the Swiss biotechnology company. 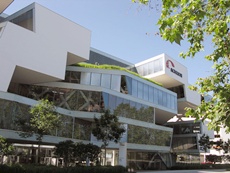 It expects the deal to close in the second quarter.

Actelion has been a target for a takeover for the past year, and J&J launched and then halted discussions with the Swiss company over disagreement on price.

In late November, J&J had offered to buy the whole of Actelion for about $26 billion and was reported to have raised its offer to over $27 billion, but J&J walked away from the deal after Actelion said that even the revised offer was too low.

It clinched the deal in December after once again raising its offer to $280 per share or $30 billion in cash, which included spinning off Actelion's research and development pipeline.

Actelion will spin out its research and development unit into a standalone company based and listed in Switzerland, under the name of Idorsia, and led by Actelion founder and CEO Jean-Paul Clozel.

Founded in 1997, Actelion is Europe's biggest biotech firm with 30 affiliates around the world, including the US, Canada, Brazil, Australia, Japan, Switzerland and a number of EU countries.

Actelion is focused on the discovery, development and commercialisation of innovative drugs for diseases with significant unmet medical needs.

Actelion was initially financed with venture capital provided through a syndicate including Atlas Venture, Sofinnova and HealthCap.

Actelion has recently introduced two new lung medicines Opsumit and Uptravi that are poised to become blockbusters over the next three years. Both drugs are on track to reach approximately $2 billion each in peak annual sales, according to Wall Street analysts.

These two drugs will reduce dependence on Tracleer since it is expected to face generic competition in 2017. Tracleer currently rakes in nearly $1 billion or around 46 per cent of its annual sales.

The company is also counting on Opsumit and Uptravi, which combined are forecast to bring in nearly 4.5 billion francs in annual sales by 2020, according to Reuters data.