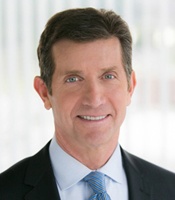 ''Ortho-Clinical Diagnostics plays an important role in healthcare, and we're confident that it's well positioned to serve the interests of its patients, customers, and employees,'' said Alex Gorsky, chairman and CEO of J&J. ''This transaction is a result of our disciplined approach to portfolio management in order to achieve the greatest value for Johnson & Johnson.''

J&J had said in January that it would explore options, including a sale of its $2 billion a year OCD business.

It had hired JPMorgan Chase & Co to run the sale process and sent financial data on OCD to potential buyers, including private equity firms. J&J had received preliminary bids in late September and interim round bids in November.

Others in the final round of bidding were Blackstone Group and Danaher Corp with a joint bid, while CVC Capital Partners with its partner Leonard Green & Partners were also in the reckoning.

It markets and develops instrumentation and reagent systems that enable blood typing, aimed at ensuring patient-donor compatibility in blood transfusions.

The other segment is clinical laboratories, which includes clinical chemistry - patented dry-slide technology and systems for use in stat and random access in-vitro diagnostic testing, and Immunodiagnostics – an enhanced chemiluminescence technology and systems that offers immunoassay testing capabilities for thyroid function, reproductive endocrinology, cardiology, anaemia, metabolism, oncology and infectious diseases.

Headquartered in New Jersey, OCD, which operates in 130 countries and manufacturing operations in New York, Florida and Wales, has annual revenues of around $2 billion.

Stephen Wise, managing director at Carlyle Group, said, ''Ortho-Clinical Diagnostics is an established global brand with a reputation for quality and innovation. Through accelerated investment in research and product development and continued expansion into both emerging and established markets, we expect to tap into rising demand for sophisticated medical diagnostic products and services worldwide.''