Sajjan Jindal group company JSW Energy Ltd is close to acquiring the 1,000-MW power plant of brother Navin's Jindal Steel and Power (JSPL) in Raigarh district of Chhattisgarh in a deal worth around Rs5,200 crore. 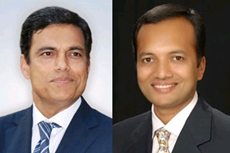 Reports quoting sources close to the development said the two are in final stages of negotiations and a formal announcement has been delayed because of a shortened week due to Holi, Good Friday and fourth Saturday coming in a row, adding that an announcement of the deal is expected after Holi.

A deal could be delayed until next week as details, including the final price, have yet to be settled, reports said.

"JSW Energy is in last leg of negotiations to seal a deal with Jindal Steel and Power Ltd for buying its 1,000 MW power plant in Raigarh district for around Rs5,200 crore," reports quoted a source close to the development as saying.

"JSW Energy Ltd continues to evaluate various growth opportunities. However the company is not in specific discussions for any particular project," a JSW Energy spokesperson was quoted as saying about the negotiation on the deal.

"Whenever any proposal is finalised, the Company will comply with the provisions of the Listing agreement entered and make the requisite disclosures accordingly," the spokesperson added.

"As per company policy we do not respond to speculations. As part of monetisation plans already advised, JSPL is looking at various options diligently to strengthen our balance sheets," the report quoted a Jindal Steel and Power spokesperson as saying.

Debt-laden Jindal Steel and Power Ltd is selling off power plants and some of its non-core assets to pare debt.

JSPL, led by Sajjan Jindal's younger brother, Naveen Jindal, is reported to have total debt of around Rs46,000 crore.