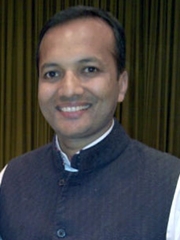 JSPL, has taken over from representatives of NRE Coke in the management team and is investing A$45 million for around 45 per cent in the company.

Wollongong Coal Limited owns and operates Russell Vale Colliery and Wongawilli Colliery in the Southern Coalfields Region of New South Wales. The company is developing one of the most modern and progressive coal mines in Australia.

Wollongong Coal's proximity to Sydney and Port Kembla Coal Terminal make it a commercially competitive organisation. Port Kembla is located at a close proximity of about 15 Km from both the collieries and well connected via both rail and road.

Major mine developments on both mines are in progress to achieve an annual production of up to 6 million tonnes per annum from both the Collieries by year 2016-17, the company said in a statement.

JSPL is reported to be making a phased acquisition and will be holding 44,68 per cent through equity subscriptions in the first phase.

JSPL will convert another 328.5 million options within the next five years, increasing its stake in WCL to 53.62 per cent.

The Indian bank and its wholly own British subsidiary, ICICI Bank UK Plc, were holding the shares in pledge and the bank acquired 356.1 million shares in the company by invocation of the mortgage deeds.

In the past four months, WLC had mopped up $84.7 million through two other rights issues, mainly from the JSPL group.

WLC expected JSPL to pump in around $29 million.