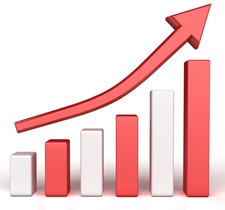 The open offer by JSW Steel to acquire a 20 per cent stake in Ispat Industries from existing shareholders will open on February 12, 2011, and close on March 3, 2011.

It later made an open offer to acquire an additional 20 per cent stake at Rs.20.54 from existing shareholders (See: JSW launches open offer as part of Ispat buyout).

But the price offered to other shareholders is about 13 per cent lower than Thursday's closing of Rs.23.6. JSW, part of the Sajjan Jindal group, is acquiring a 41.29 per cent stake through a preferential issue of shares at a price of Rs.19.85.

According to the guidelines of the Security and Exchange Board of India (SEBI), the capital market regulator, any company acquiring more than 15 per cent in another firm has to make an offer to buy an additional 20 per cent from other shareholders. The open offer will cost JSW about Rs1,330 crore.

Ispat Industries, owned by Pramod and Vinod Mittal – younger brothers of London-based Lakshmi Mittal – has a 3.3-million tonne steel production capacity. With its acquisition and planned expansion in its existing capacities, JSW Steel will emerge as India's largest steel-maker by March, with a total capacity of over 14.3 million tonnes, surpassing state-owned Steel Authority of India Ltd (with a capacity of 13.5 million tonnes).