Jindal Steel and Power Ltd (JSPL) has abandoned plans to acquire West Asia Gulf-based Shadeed Iron & Steel  because of lack of clarity over its ownership and the excessive liabilities of the company, among others.

JSPL was in talks with Al Ghaith Holdings of UAE for the acquisition of the 1.5-million tonne UAE plant in a $500-million deal.

"JSPL confirms that it has discontinued discussion with Al Ghaith Holdings of UAE for acquisition of Shadeed Iron & Steel, the 1.5 MT Hot Briquetted Iron (HBI) facility located in Sohar, Oman," the company said in a statement here.

One of the major reasons for JSPL abandoning the plan was the lack of a title ownership of the company due to existing transactions with a British Virgin Islands (BVI) company.

BVI is a tax haven, which helps firms save on various levies.

Also, there was no clarity over the land title due to breach of the agreement with Sohar port authority. 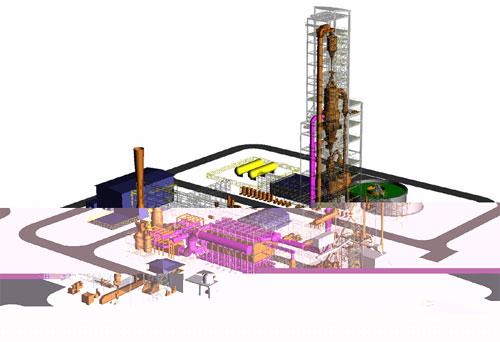 Shadeed, which is currently implementing a 1.5 million tonnes HBI facility at port of Sohar in the Sultanate of Oman at an estimated cost of $500 million, also showed liabilities in excess of $50 million from China Shougang and Ajwaa Gas.

"Considering many open issues, JSPL has decided not to pursue the acquisition at this time," JSPL said in a release.

Indian steel companies were pinning hopes on West Asia and Africa demand to grow their sales following a decline in steel demand in the West.

The World Steel Association (WSA) has estimated a 41 per cent fall in steel demand in the US and a 35 per cent dip in the UK in 2009. This, however, has been compensated to some extend by rising Asian consumption and higher consumption levels in the Middle East and North Africa (MENA) region.

Jindal Steel and Power Ltd (JSPL) had also recently bid to acquire Zimbabwe's state-owned Zimbabwe Iron and Steel Company. But the plan fell through as the Zimbabwe government turned down the offer.

JSPL, which is a part of the OP Jindal Group, has an annual turnover of $2.1 billion and market cap of about $15 billion and is a leading player in steel, power and mining.