Days after a section of employees floated the proposal to take over management control of the grounded Jet Airways and arrange up to Rs3,000 crore from external investors, a group of frequent flyers of the cash-strapped airline has come up with a leveraged buy-out plan (LBO) to revive the grounded airline. 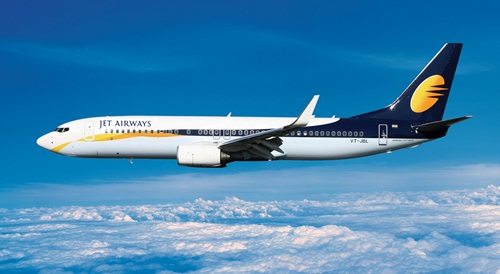 The group has approached the key lenders of airline, including State Bank of India, ICICI Bank and Punjab National Bank, to submit the ‘Revival of Jet Airways’ or ‘Roja’ plan.
The group of professionals, led by Sankaran P Raghunathan, has given a presentation on the airline's revival plan to various stakeholders, including pilots, engineers, employee unions and bankers.
As per the plan, the employees of Jet Airways would first take control of the company. They will take loan from existing lenders and invest in the company, eventually becoming part-owners.
"The banks can give Rs1,500 crore loan to the employees as personal loans. This, as per the presentation would be equivalent to six months' salary of the employees. The employees will use this money to buy out 51 per cent stake in the company from SBI and 12.5 per cent from Etihad. The balance Rs200 crore would be given to the company for new shares.
Subsequently, banks may lend to the frequent flyers to buy two to and fro tickets (or four tickets), costing Rs10,000 each and valid for two years, to raise money through pre-selling of plane tickets. This way, according to the frequent fliers’ group, another Rs8,000 crore can be raised.
Jet Airways employees who are in control of the airline, would then pass a resolution to authorise issue of additional shares on a preferential basis to all those who buy the ticket packets — 100 shares each for Rs150 each — to raise Rs12,000 crore.
"The Rs20,000 crore raised will now be used for operational working capital and for repayment to creditors over five years," as per the presentation.
This, however, will involve an additional burden of Rs9,500 crore on the lenders, in addition to the Rs7,251-cr overdue loans. This could be over leveraging bank funds, which lenders may not agree to.
Jet Airways has total outstanding debt of Rs11,261 crore, which includes Rs7,251 crore from nine domestic lenders, another Rs4,000 crore of foreign borrowing and unpaid interest amount of Rs1,000 crore.
The revival proposal floated earlier by the employees involved taking over management control of the grounded Jet Airways and arranging up to Rs3,000 crore from external investors.
Facing severe financial crisis, Jet Airways had on 17 April announced temporary suspension of flight operations. The airline continues to be grounded and its revival depends upon fresh fund infusion by the investors.
MORE REPORTS