Domestic lenders of Jet Airways (India) Ltd, led by State Bank of India (SBI), have proposed a $900-million resolution plan, involving fresh equity infusion and restructuring $450 million of loans, for the beleaguered airline, according to a report in the Mint newspaper. 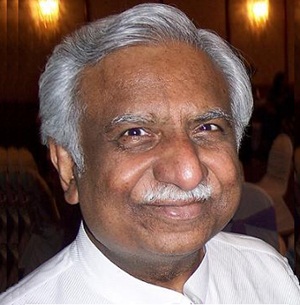 The resolution plan, however, requires promoter Naresh Goyal to step down and reduce his family holding in the carrier. Alternatively, Goyal's family members could replace him on the board, according to the report.
While the lenders are of the view that Goyal must step down from Jet Airways' board, they say he could continue to be associated with the airline in a non-executive capacity.
The consortium of lenders on Tuesday met Jet Airways' officials, including founder-chairman Naresh Goyal and a representative of Etihad Airways, which holds a 24 per cent stake in the airline, to discuss the financing proposal and turnaround plans.
The plan, if approved by all stakeholders, will trigger a change in Jet Airways’ shareholding, with founder chairman Naresh Goyal’s stake nearly halving to 26 per cent from the current 51 per cent, while SBI would be holding over 20 per cent stake in the airline.
"While the finer details are still being worked upon, the broader contours entail that Goyal and Etihad will together infuse $450 million in the company, while the Indian lenders will restructure another $450 million of the airline's debt, which is up for maturity between now and March," the Mint quoted a source as saying.
Lenders expect the final plan to be in place by January-end and the resolution plan to effective by 31 March, well within the 180-day period set by Reserve Bank of India's (RBI) for debt resolution.
Meanwhile, SBI has appointed Ernst and Young to conduct a forensic audit into Jet Airways' books from 1 April 2014, to 31 March 2018. Lenders will not release cash until they have the forensic audit report on Jet Airways' business viability, according to reports.
Lenders will have to make sure that Jet Airways' vendors and lessors get their dues in three tranches till April.
Etihad Airways is reported to have offered to guarantee loans worth $150 million for Jet Airways to keep the airline operational. The airline would need close to $500 million till April to meet repayment obligations and manage operating expenses.
Jet Airways defaulted on loan repayment to a consortium of banks led by SBI on 1 January after three consecutive quarterly losses of over Rs1,000 crore each since the quarter ended March 2018.
MORE REPORTS