Promoters of beleaguered real estate major Jaypee Infratech Ltd (JIL) have approached the Supreme court in a bid to reclaim the assets estimated to be valued at nearly Rs16,000 crore, after bids have nearly halved the valuation of the company. 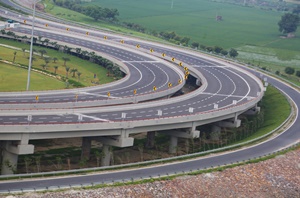 Despite multiple bidders, including Sudhir Valia of Suraksha Asset Reconstruction Company and the Adani Group, entering the race to take over Jaypee Infratech, the highest bid has been around Rs7,350 crore.
A joint venture of Sudhir Valia-led Suraksha Asset Reconstruction Company and Mumbai-based Dosti Reality, called Lakshadweep Pvt Ltd, is reported to be the front-runner to acquire Jaypee Infratech with a bid of around Rs7,350 crore.
Lakshadeep has offered Rs1,200 crore in cash to the banks, Rs4,000 crore of land parcel and the rest in the form of long-term non-convertible debentures in the insolvency auction. Besides, it has offered a small equity stake to lenders as part of the offer.
The Adani Group had offered Rs1,200 crore in cash, Rs3,500 crore of land parcel and Rs3,000 crore of backdated instruments whose net present value is Rs500 crore to Rs1,000 crore.
These amounts are far lower than what the real estate developer had proposed to pay lenders a year ago. Sources close to JIL also say the valuation of the company is not less than Rs16,000 crore.
The company has over 3,300 acres of unused land, which itself is worth over Rs10,000 crore. This, including the buildings and other infrastructure projects already constructed and under construction, could add up to a valuation of around Rs16,000 crore, according to sources.
Reports quoting company sources, meanwhile, said Deutsche Bank has offered to extend interim funding of Rs1,400 crore to a resolution professional to run the company. Besides, the company has submitted close to Rs550 crore and said it would be submitting another Rs200 crore in the next two months. “If the company gets interim funding and the court gives the money already submitted, that would be more than enough to complete the stalled projects,” the report added.
JIL is reported to have made the offer in an affidavit submitted to the Supreme Court, in which it has claimed that it is better than that of the other bidders.
JIL expects the apex court to accept its proposal, which would, in turn, help the company get Rs1,400 crore from Deutsche Bank. “We think our offer is better than what is being reported about proposals being sent to the resolution professional,” the Jaipee spokesperson was quoted as saying.
To pay off Rs8,500 crore of debt, including interest, JIL had offered to pay 10 per cent per annum interest on Rs3,140 crore of sustainable debt to be retained on its books and the rest to be paid off by giving 448 acres of land worth Rs2,340 crore as well as optionally convertible debentures and conversion of debt into equity, the sources said.
Lenders were to get an equity of 23 per cent following this exercise where Yes Bank had agreed to give Rs1,100 crore to promoters for infusing in the business.
But the joint lenders forum did not act on the understanding reached during the March meeting. In June 2016, the company was figured in the Reserve Bank of India’s list of 12 big corporate defaulters, which was referred to the NCLT for insolvency proceedings.
The sources said soon after, the firm made an offer to lenders to square of all the debt from proceeds of land swap and monetisation of revenues expected from toll on its expressway.
Jaipee’s inability to complete housing projects has affected as many as 32,000 homebuyers over the past eight years. The company claims it has completed close to 13,500 homes, owners of which have or will receive occupation certificates. Sources said that the company was confident of completing the construction of the remainder flats by 2021.
According to industry sources, last year when the Real Estate Regulation Act was introduced, Jaypee had given a commitment to finish the construction of the pending flats in three years.
IDBI Bank had earlier agreed to take the land parcel from Jaypee on condition that it would be bought back after a period of three years. However, the Reserve Bank of India did not recognise this debt swap.
While IDBI Bank has taken JIL to the National Company Law Tribunal for insolvency for over a Rs526 crore loan default, homebuyers dragged it to the SC. The SC is scheduled to resume hearing on the case this week.