India to allow Huawei to participate in 5G network trials

India will allocate airwaves to all telecom service providers for conducting trial runs of super-fast 5G networks and will not bar any equipment supplier or service provider from participating in the upcoming 5G technology trials, telecom minister Ravi Shankar Prasad said on Monday. 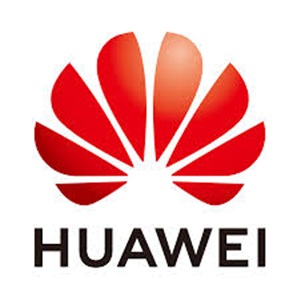 This implies that all operators, backed by equipment vendors they have decided to partner with, will be able to participate in the upcoming 5G trials in the country – a move that will offer relief to Chinese gear maker Huawei.
Ne said the national launch of 5G services may take few years, he added.
He was addressing the gathering, after launching a Web Portal called ‘Central Equipment Identity Register (CEIR)’ for the customers of Delhi to facilitate blocking and tracing of Stolen/Lost Mobile Phones in Delhi.
Huawei rivals western equipment makers such as Ericsson, and is banned in the US. Many countries, however, have allowed telecom service providers to use Chinese gear. And now, India has also indicated that it is not its policy to keep any company out of 5G trials.
"The age of 5G is coming... We have taken a decision to give 5G spectrum for trials to all the players," Prasad said.
An in-principle decision has been taken in this regard, Prasad said adding that the telecom department will work out the details.
"I would like new innovations by Indian players in 5G. 5G is future, it is speed. Therefore, we will encourage new innovations in 5G," the minister said.
The in-principle nod for the trial run, however, does not assure an approval for commercial roll out.
The telecom department is expected to hold a meeting regarding the trials today.
Earlier in the month, the telecom department approved prices for the next spectrum auction that will put on offer around 6,050 MHz of air waves specifically for 5G.
The 5G trials are widely-expected to begin in the last quarter of the current financial year. Sources had recently said the government has received seven applications for 5G trials and added that all operators and vendors (including Nokia, Ericsson, Huawei, ZTE and Samsung) are keen to participate.
In September this year, Huawei had said it is hopeful that the Indian government will treat all foreign investments "fairly" and had urged the world's largest democracy to make an "independent decision" on permitting 5G trials in the country.
At that time, the Chinese firm had also sought to assure the Indian government that the company is fully compliant with regulations in India, and of addressing concerns around cybersecurity.
Earlier this year, the US had banned Huawei, the world's leader in telecom equipment and the number two smartphone producer, over concerns of security and Washington had been pressuring other countries to restrict the operations of the Chinese telecom firm.
However, the Trump administration had subsequently relaxed some of the restrictions, to reduce disruption for its customers.
MORE REPORTS