HP Inc said its board of directors, after consultation with its independent financial and legal advisors, has concluded that the unsolicited exchange offer from Xerox Holdings Corporation to acquire all outstanding common shares for cash and Xerox common stock, or a combination thereof is not in the best interests of HP shareholders. 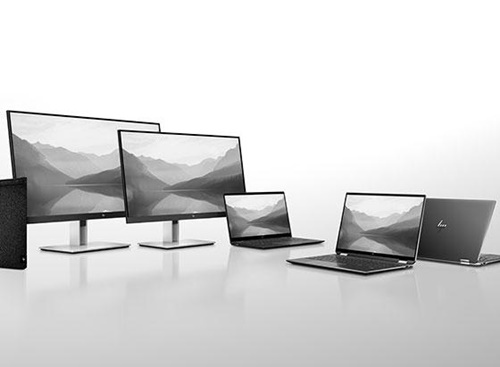 HP said its board unanimously recommended that HP shareholders reject the offer and `not’ tender their HP shares pursuant to the offer.
“Our message to HP shareholders is clear: the Xerox offer undervalues HP and disproportionately benefits Xerox shareholders at the expense of HP shareholders,” said Chip Bergh, chair of HP’s board of directors.
“The Xerox offer would leave our shareholders with an investment in a combined company that is burdened with an irresponsible level of debt and which would subsequently require unrealistic, unachievable synergies that would jeopardize the entire company,” he added.
"At HP, we’re creating value, not risk,” said Enrique Lores, HP’s president and CEO. "HP is a trusted brand with a strong track record of value creation and we’re executing a clear plan that will drive significant earnings growth. We’re well positioned in our categories, aggressively attacking costs and pursuing the most value creating path for our shareholders."
In its filing with the Securities and Exchange Commission and published on HP’s website, the HP board said it considered numerous factors in reaching its recommendation, including, but not confined to:.
HP, the company pointed out, has a track record of execution that has resulted in strong, consistent operational and financial performance. The HP board believes that HP’s standalone plan has positioned HP for significant value creation.
HP’s strong balance sheet and financial flexibility provide multiple levers for value creation.
The HP board believes that the Xerox offer would compromise the future of HP and the value of shares of HP common stock by transferring value to Xerox shareholders and leaving HP shareholders with an investment in a combined company with an irresponsible capital structure, premised on unrealistic synergies estimates.
HP believes that Xerox’s “synergy” estimates, including cost cuts, exceed reasonably achievable levels.
The Xerox offer includes a significant equity component, the value of which the HP board believes would be subject to significant risks and uncertainties.
Xerox does not have experience operating businesses in the sectors in which HP operates, including within personal systems, home printing, and 3D and digital manufacturing.
Xerox has been experiencing declining sales and its recent sale of its interest in the Fuji-Xerox joint venture raises significant concerns about its future position.
HP said Xerox’s cost-cutting has come at the expense of long-term value creation, and Xerox has demonstrated a lack of focus on research and development.
The quantity and nature of the conditions of the Xerox offer create significant uncertainty and risk.
The HP board also doubts Xerox’s urgency in launching the offer, while simultaneously running a full slate of director nominees for election at HP’s 2020 annual meeting of shareholders, evidences Xerox’s desperation to acquire HP to address its continued business decline.
The HP board has received an inadequacy opinion from each of Goldman Sachs & Co LLC and Guggenheim Securities, LLC to the effect that, as of 3 March 2020, and based on and subject to the matters considered, the procedures followed, the assumptions made and various limitations of and qualifications to the review undertaken set forth in their respective written opinions, the consideration proposed to be paid to the holders (other than Xerox and any of its affiliates) of shares of HP common stock pursuant to the Xerox offer was inadequate from a financial point of view to such holders.
MORE REPORTS