Samsung sells its printer business to HP for $1.05 billion 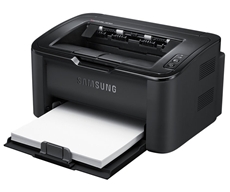 Samsung will spin off the printing business unit into a separate company as of 1 November, upon the approval of shareholders, and sell 100 per cent stake of the newly created company and overseas assets related to the business to HP.

The deal, the largest printer acquisition in HP's history, will help the Silicon Valley company to "disrupt and reinvent" its $55 billion copier industry, which it said, "hasn't innovated in decades."

"Copiers are outdated, complicated machines with dozens of replaceable parts requiring inefficient service and maintenance agreements," says HP, and it's apparently happy to buy into that.

HP wants to expand into high-volume devices that handle printing and copying for office work groups.

While Samsung will continue to sell printers at least in Korea, Samsung will not be manufacturing these, rather the company will be sourcing printers from HP for marketing in Korea under the Samsung brand.

The transaction is expected to close within one year, subject to the appropriate regulatory approvals, Samsung said.

Samsung's printing business, with 6,000 employees, a production base in China as well as more than 50 sales offices globally, posted 2 trillion Korean won in revenue in 2015.

Samsung also announced that vice chairman Jay Y Lee, son of ailing chairman Kun-Hee Lee, will be nominated to the board of directors.

The older Lee, hospitalized for more than two years, oversaw Samsung's rise to prominence, from a budget brand to a company that generates roughly a fifth of South Korea's GDP, but his reign has been tainted by accusations of corruption.

The younger Lee is widely expected to take control of the company when his father dies.

Looking forward, Samsung said, the company has seen improvements in the performance of its key business areas in recent years and is charting a path for continued profitable growth through bold and timely investments in core areas and by pursuing new future businesses, which require strategic decisions based on a long-term vision.