The board of directors of Hindustan Unilever Limited (HUL) today approved a scheme of amalgamation between the company and GlaxoSmithKline Consumer Healthcare Limited (GSK CH India) subject to obtaining requisite approvals from statutory authorities and shareholders. 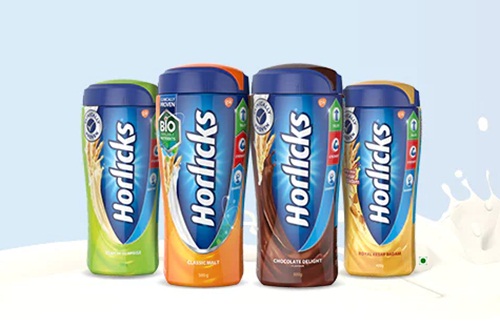 HUL’s parent company Unilever Plc has agreed to take over GlaxoSmithKline Plc’s nutrition business and then merge it with their Indian units, in a deal worth £3.1 billion ($3.8 billion) or about Rs31,700 crore.
The merger of GSK CH India with HUL will be on a basis of an exchange ratio of 4.39 HUL shares for each GSK CH India Share, implying a total equity value of Rs31700 crore for 100 per cent of GSK CH India. Following the issue of new HUL shares, Unilever‘s holding in HUL will be diluted from 67.2 per cent to 61.9 per cent.
The deal involves the merger of GSK Consumer Healthcare Ltd with Hindustan Unilever Ltd, which will add India’s top-selling malted-milk drink Horlicks to HUL’s portfolio, according to the market filings. The transaction will give GlaxoSmithKline approximately 5.7 per cent stake in HUL, while Unilever’s holding in its Indian unit will drop by 5.3 per cent to 61.9 per cent.
The merger includes the totality of operations within GSK CH India, including a consignment selling contract to distribute GSK CH India’s Over-the-Counter and Oral Health products in India.
The transaction is expected to be completed in one year subject to regulatory and shareholder approvals.
GSK Consumer Healthcare shareholders will get 4.39 shares of HUL for every one share held. The transaction values the total business of GSK Consumer Healthcare at Rs31,700 crore. The deal is expected to be completed in one year subject to regulatory and shareholder approvals.
Horlicks is the leader in India’s nutrition drink market pegged by Euromonitor International at Rs7,873 crore. It competes with Mondelez International’s Bournvita.
Glaxosmithkline’s Indian healthcare business, however, reported a flat revenue growth at Rs4,377 crore in the year ended March, most of it coming from nutrition products like Horlicks and Boost. The health drink category is expected to grow at 3.7 per cent till 2022 compared with 11.5 per cent in five years through 2017, according to Euromonitor International.
The category still remains under-penetrated in India, HUL said in its statement, adding that it’s well positioned to further develop the market given the extent of its reach and capabilities.
“I am confident that this merger will create significant shareholder value through both revenue growth and cost synergies,”said Sanjiv Mehta, chairman and managing director of HUL. After the merger, the turnover of its food and refreshment business will exceed Rs 10,000 crore, making HUL one of the largest business in the industry, he said.
MORE REPORTS