The government plans additional divestment of up to 15 per cent holding in defence public sector undertaking, Hindustan Aeronautics Ltd, to raise more than Rs5,000 crore, as part of the efforts to shore up revenues and reduce the pressure on resources amidst the coronavirus pandemic. 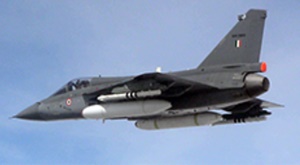 The government will initially sell a stake of about 10 per cent through an offer for sale, with an option to sell a further 5 per cent in the company, according to a stock exchange filing.
The divestment ministry has set a floor price of Rs1,001 for HAL share and at this price the sale could fetch a minimum of Rs5,020 crore ($680 million).
Retail investors will get a 5 per cent discount on the offer price. The floor price is at a discount of almost 15 per cent to HAL’s closing price of Rs1,177.80 on Wednesday.
In a stock exchange filing on Wednesday, IHAL said the government will sell 33.43 million shares totalling a 10 per cent stake to institutional and retail investors on 26 and 27 August. In case of oversubscription, a further 5 per cent stake or 16.71 million shares would be offered. The floor price for the share sale has been set at Rs1,001 per share, which is at a 15 per cent discount to the closing price of Rs1,177.75 on Wednesday.
The government currently holds a 89.97 per cent stake in HAL. It sold a 10 per cent stake through an initial public offering (IPO) in 2018, raising around Rs4,229 crore.
With coronavirus pandemic pushing up government spending and the nationwide lockdown hurting revenues, the government is looking at alternative sources of funds to rein in fiscal deficit before it gets out of control.
The government is also trying to save on resources through its drive to purchase defence equipment from local manufacturers and reduce its huge import bill while also inviting investors to `make in India’.
The government also plans to induct the indigenously-made Light Combat Aircraft from HAL.
Apart from the LCA, named Tejas, HAL makes the Su-30MKI under license from Russia’s Sukhoi. It plans to build a medium lift helicopter and an unmanned aerial vehicle for the navy.
The government has set an set an ambitious divestment target of Rs2,10,000 crore for this fiscal year.
During the Current Financial Year 2019-20 so far Rs. 50,298.64 crore has been obtained through disinvestment transactions.
As on 31 March 2019, the government has realised Rs84,972.16 crore as disinvestment proceeds against the BE of Rs80,000 crore during the financial year 2018-19.
MORE REPORTS