Google on Wednesday said it is committed to complying with the guidelines laid down by India’s ministry of electronics and information technology, even as several social media platforms have expressed reservations in some form or the other. Google CEO Sundar Pichai asserted that the company respects the local laws and complies with government requests, which is also highlighted in the firm's transparency reports. 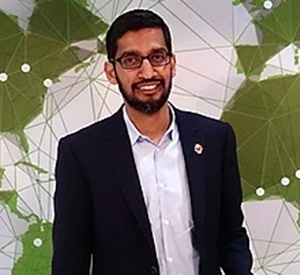 Google’s backing for the government's right to 'scrutinise and adopt the regulatory framework,' comes after the government's new IT (Intermediary) Rules came into force from 25 May.
Another social media giant Twitter, on the other hand, is fuming at Indian government’s regulatory framework, expressing concern that the rules meant to safeguard interests of customers would limit its unrestricted run.
Facebook-owned WhatsApp has taken the union government to court, claiming that the new IT Rules violate freedom of expression and its right to privacy. Facebook, however tried to soften its stand in public, saying that it has some issues relating to privacy rights of its customers that the government is trying to protect.
While the Indian government said the social media outfits were trying to dictate terms to the government, Sundar Pichai said he sees it as a “natural part of societies figuring out how to govern.”
"It's obviously early days and our local teams are very engaged... we always respect local laws in every country we operate in and we work constructively. We have clear transparency reports, when we comply with government requests, we highlight that in our transparency reports," a PTI report quoted Google CEO Sundar Pichai as saying in a virtual conference with select reporters from the Asia Pacific.
He said the company respects the legislative processes, and in cases where it needs to push back, it does so. "It's a balance we have struck around the world," he added.
"So, we fully expect governments rightfully to both scrutinize and adopt regulatory frameworks. Be it Europe with copyright directive or India with information regulation etc, we see it as a natural part of societies figuring out how to govern and adapt themselves in this technology-intensive world," Pichai said, adding that Google engages constructively with regulators around the world, and participates in these processes.
Facebook-owned messaging platform WhatsApp has on Tuesday filed a petition in the Delhi HC, invoking the Supreme Court's verdict in the 2017 Justice KS Puttaswamy (Retd.) vs Union Of India case.
WhatsApp has argued that the traceability provision is against the fundamental right to privacy. In its petition, WhatsApp has sought direction from the court to declare the aforesaid traceability provision unconstitutional and prevent criminal liability to its employees for non-compliance.
Meanwhile, Twitter on Thursday stressed that it will strive to comply with the guidelines. Expressing commitment towards protecting freedom of speech and privacy, a Twitter spokesperson revealed that the microblogging service plans to talk to the union government for amending certain clauses of these regulations which restrict a free conversation on the platform. Lamenting the purported use of "intimidation tactics" by the police, it back a collaborative approach to safeguard the interests of the people. The government not taken kindly to Twitter's statement, observing that the platform is trying to dictate terms to the world's largest democracy, citing 4 matters over which Twitter has purportedly not acted in the interest of the people of India, amid a larger list of complaints and a raging row.
Centre's new IT rules for social media intermediaries say intermediaries shall remove or disable access within 24 hours of receipt of complaints of contents that exposes the private areas of individuals, show such individuals in full or partial nudity or in a sexual act or is in the nature of impersonation including morphed images etc. Such a complaint can be filed either by the individual or by any other person on his/her behalf
Appoint a Chief Compliance Officer who shall be responsible for ensuring compliance with the Act and Rules. Such a person should be a resident in India
Appoint a Nodal Contact Person for 24x7 coordination with law enforcement agencies. Such a person shall be a resident in India
Appoint a Resident Grievance Officer who shall perform the functions mentioned under Grievance Redressal Mechanism. Such a person shall be a resident in India
Publish a monthly compliance report mentioning the details of complaints received and action taken on the complaints as well as details of contents removed proactively by the significant social media intermediary
An intermediary upon receiving actual knowledge in the form of an order by a court or being notified by the appropriate government or its agencies through an authorised officer should not host or publish any information, which is prohibited under any law in relation to the interest of the sovereignty and integrity of India, public order, friendly relations with foreign countries etc.
In cases where significant social media intermediaries remove or disable access to any information on their own accord, then a prior intimation for the same shall be communicated to the user who has shared that information with a notice explaining the grounds and reasons for such action. Users must be provided with an adequate and reasonable opportunity to dispute the action taken by the intermediary
MORE REPORTS