More reports on: E-business, IT news

Google has rebranded its payment app Tez as Google Pay as the technology giant entered the area of consumer finance, also offering instant bank loans to its users with minimal paperwork. 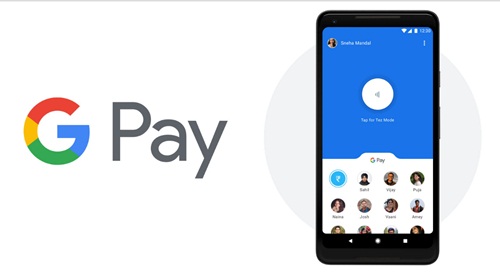 The development puts Google in direct conflict with Paytm, which is currently India’s largest digital payments company with 150 million app downloads reported.
At its annual Google for India event, Google said Google Pay has tied up with private banks, including HDFC Bank, ICICI Bank, Federal Bank and Kotak Mahindra Bank, to facilitate pre-approved loans instantly to Google Pay customers.
Launched first in India, in September last year, as Google Tez, the re-branded Google Pay will now be offered in other countries too.
Using the Google Pay app, customers in INDIA will soon be able to get loans from HDFC Bank, ICICI Bank, Federal Bank and Kotak Mahindra Bank, Google’s general manager (payments) Caesar Sengupta said.
“In the coming weeks, these customers will be able to use Google Pay to take out a customised loan amount from their banks, with minimal paperwork, and once they accept the bank’s terms, the money is deposited securely and instantly by their bank, into their bank account,” Sengupta said.
Google is planning to unifying all its payment offerings globally.
“The world has certainly taken notice of India’s digital payments success and our deep investments here with Tez. Many governments are asking us to work with them to bring similar digital payments innovations to their countries,” Google said.
According to Google, it has 22 million monthly active users on Google Pay who have made over 750 million transactions with average annual transaction of Rs2,00,000 crore.
As it expands the scope of Google Pay, the service will soon be available at over 2,000 online merchants and e-commerce websites, including Redbus, BookMyShow, Mi and Goibibo, besides over 15,000 retail stores like Big Bazaar, e-Zone, and FBB.
Google CEO Sundar Pichai had said Tez is central to the company’s India strategy and also key to its global payments push. The payments app has localised, supporting several Indian languages, and is chasing young users with games that offer cashbacks.
The service uses the indigenous platform UPI, or Unified Payments Interface, which enables direct money transfer from the sender's bank account to the receiver's with the UPI app acting as a bridge. The service is free of charge and only requires the sender's and receiver's banks to support UPI and the users to have created a UPI ID. UPI is currently the fastest growing payments systems in India.
MORE REPORTS