Internet search giant Google has made a $550-million strategic investment in JD.com, China’s second-largest e-commerce company, which has substantial business in Southeast Asia. 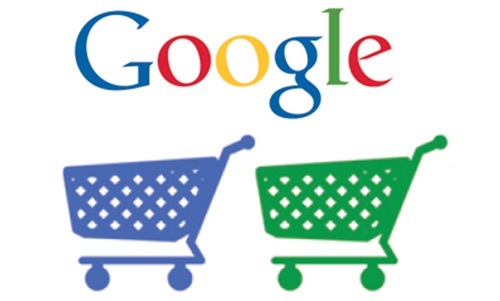 JD.com will issue Google fresh Class A shares at $20.29 per share, equivalent to $40.58 per ADS, the companies said in a joint statement on Monday. The investment is being made by the operating unit of Google rather than one of parent company Alphabet's investment vehicles, according to reports.
The two companies plan to explore joint development of retail solutions in regions, including Southeast Asia, the US and Europe.
JD.com, the second-largest e-commerce firm in China after Alibaba, expects the e-commerce market in Southeast Asia to grow to around $88-billion by 2025, on the back of growing access to the internet.
The investment in the Chinese e-commerce powerhouse is part of the US internet giant's efforts to expand its presence in fast-growing Asian markets and battle rivals, including Amazon.com.
The two companies described the investment as one piece of a broader partnership that will include the promotion of JD.com products on Google's shopping service. This could help JD.com expand beyond its base in China and Southeast Asia and establish a meaningful presence in US and European markets.
"We are excited to partner with JD.com and explore new solutions for retail ecosystems around the world to enable helpful, personalised and friction-less shopping experiences that give consumers the power to shop wherever and however they want,” Philipp Schindler, Google chief business officer, said in the statement.
JD.com officials said the agreement initially would not involve any major new Google initiatives in China, where the company's main services are blocked over its refusal to censor search results in line with local laws.
JD.com's investors include Chinese social media powerhouse Tencent Holdings Ltd, the arch-rival of Chinese e-commerce leader Alibaba Group Holding Ltd, and Walmart Inc.
Google is stepping up its investments across Asia, where a rapidly growing middle class and a lack of infrastructure in retail, finance and other areas have made it a battleground for US and Chinese internet giants. Google, which recently took a stake in Indonesian ride-hailing firm Go-Jekis reported to be looking to invest in Indian e-commerce firm Flipkart as well.
"This partnership with Google opens up a broad range of possibilities to offer a superior retail experience to consumers throughout the world," Jianwen Liao, JD.com's chief strategy officer, stated in a release.
Google has been rapidly expanding its e-commerce business to close in on rival Amazon, which has been expanding in cloud computing business, while also expanding its retail reach through acquisition of companies like Whole Foods last year.
Google is also partnering with the likes of Costco, Target, and Walmart, besides promoting products through the Assistant and Google Shopping.
MORE REPORTS