Technology giant Google today said it has signed an agreement with HTC to buy part of the Taiwanese company's smartphone business for $1.1 billion. 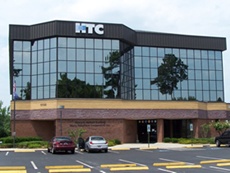 The deal include HTC employees who worked on Google's Pixel smartphone along with intellectual property rights, the two companies said in a statement, without disclosing the number of staff involved.

"HTC will receive $1.1 billion in cash from Google as part of the transaction. Separately, Google will receive a non-exclusive licence for HTC intellectual property (IP)," the statement said.

In effect, the company is buying the HTC team that built the Pixel smartphone for Google in a cash deal. Google is also getting a non-exclusive license for HTC's intellectual property to help support Pixel phones.

The deal underscores how serious Google is becoming about designing its own family of devices to compete against Apple and Amazon in a high-stakes battle to become the technological hub of people's lives.

"For Google, this agreement further reinforces its commitment to smartphones and overall investment in its emerging hardware business," the statement said.

"In addition to the talented and experienced team of professionals, Google will continue to have access to HTC's IP to support the Pixel smartphone family," it said.

HTC chief financial officer Peter Shen made it clear at a press conference there are no plans to eliminate staff beyond those it's selling to Google.

The agreement represents a significant investment by Google in Taiwan as a key innovation and technology hub.

Cher Wang, the chairwoman and chief executive of HTC, said the agreement will enable Google to supercharge their hardware business while ensuring continued innovation within HTC's smartphone and VIVE virtual reality businesses.

"We believe HTC is well positioned to maintain our rich legacy of innovation and realize the potential of a new generation of connected products and services," she added.

The transaction, which is subject to regulatory approvals and customary closing conditions, is expected to close by early 2018.

HTC has been a longtime partner of Google and has created some of the most beautiful, premium devices on the market, Rick Osterloh, senior vice president of hardware at Google said.

Both Google and HTC have significant presence in India.