In a major move Google CEO Larry Page has expanded senior vice president Sundar Pichai's responsibilities to include other key products in addition to  Android, Chrome, and Google Apps, which he had been handling till now,  recode.net reported. 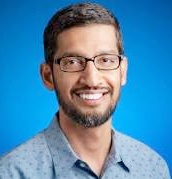 In a memo to staff yesterday, he outlined the change in the leadership of certain areas of Google's business.

Pichai Sundararajan, better known as Sundar Pichai, will be in charge of research, search, maps, Google+, commerce and ad products, and infrastructure, apart from his existing responsibilities.

Six executives of the internet search company's newly-added products who were directly reporting to Page would now report to Pichai.

According to recode, Google took the step on Page's concern that Google might become less innovative over time.

Page hopes the move would reduce bottleneck and he would be free to be able to expand existing business.

According to report, the move would help Page focus on the 'bigger picture'.

Pichai started off managing Chrome and later a line of netbooks, and according to  commentators the new responsibility comes as a big accomplishment.

Pichai's last promotion in March 2012 put him in control of Google Apps and in March 2013, Android too came his way.

Meanwhile, Tech Crunch said that when Pichai took over Android from Google's Andy Rubin, the change was indicative of new integration between Android, and Chrome.

There is expectation that the two would fuse completely, which was somewhat obvious when Pichai took control of Android.

According to commentators, to have both Chrome OS and Android ship separately on increasingly large screens did not make much sense.

It would be obvious that with Pichai getting oversight of more product groups one could look forward to increased harmony between the various efforts, and, when possibly, coupling where integration would be not too big a deal.

According to Tech Crunch, Google was not the only tech company working on making its touch-first, mobile-friendly operating system work in sync with its desktop efforts.

Apple too was working on a similar goal, allowing its desktop-focused OS X and its mobile-first iOS to communicate with one another.

Google's push towards a single operating system and product stack was aimed at delivering a seamless operating system setup to make it easier for users to buy into it across device categories.

Pichai now possessed nearly all the tools that Google had built to conquer the technology world and how he would knit the blend of hardware, software and services remained to be seen.

If Pichai were to succeed in this task, he would be the natural candidate for the next CEO of Google.