General Electric Co is reported to be in talks with Baker Hughes Inc, the world's largest supplier of oil and gas field technology, services and products, on potential partnerships that would bring together an industrial technology behemoth with one of the oil industry's largest service providers. 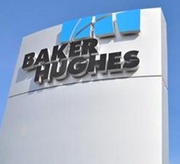 Baker Hughes is a leading supplier of oilfield services, products, technology and systems to the worldwide oil and natural gas industry.

GE is reported to have approached the oil-field-services company about a deal, details of which were not available. Talks could also break down before an agreement is reached, say sources.

If a deal materialises, it could be worth upwards of $20 billion and could result in a new business combine that is independent of the parent companies. A transaction would also dramatically reshape industrial giant GE, ridding it of unprofitable oilfield equipment business.

GE said last week that it believes the oil market has bottomed, but demand for the infrastructure equipment the company makes would take longer to recover, probably after the first half of next year.

''We are in discussion with Baker Hughes on potential partnerships,'' a GE spokeswoman said after The Wall Street Journal reported that GE was in talks to buy Baker Hughes. ''While nothing is concluded, none of these options include an outright purchase,'' she added.

Baker Hughes too had planned a merger with bigger rival Halliburton Co, in a deal valued at $34.6 billion, when it was announced in November 2014. It fell through in May due to opposition from regulators (See: Halliburton, Baker Hughes terminate $34.6-bn merger over regulatory issues). GE spokeswoman Deirdre Latour is reported to have ruled out a sale.  The options under consideration don't include ''an outright purchase.''

Oilfield suppliers are increasingly derisking themselves through partnerships to cut costs and offering oil explorers comprehensive options for the services and gear. The oil market downturn has forced service providers and equipment makers to find ways of making the process more efficient.

Baker Hughes jumped as much as 20 per cent in after-hours trading on Thursday in New York following the Wall Street Journal report. The shares later pared gains after GE's statement, and were up 7.6 per cent at 7:42 am on Friday. GE was little changed.