Aboitiz Power subsidiary Aseagas Corporation, which focuses on renewable energy solutions, has inked an agreement with GE's Distributed Power business to power its first waste-to-electricity project in Lian in the Province of Batangas, Philippines. 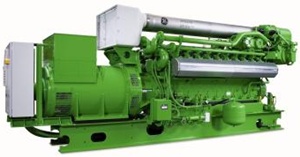 The Batangas plant will utilise organic waste from sugar cane and molasses from a nearby alcohol distillery. Aside from electricity, the plant will have by-products of fertilizer and CO2 that can be sold to farmers and beverage companies, respectively- achieving complete ''no additional waste'' production. The plant will be able to generate power for an estimated 22,000 homes.

''I think there's a huge potential for biomass energy in the Philippines. Our population of about 100 million is bound to generate abundant biomass resources including agricultural crop residues, animal wastes and agro-industrial wastes,'' says Aseagas chief operating officer Juan Alfonso. ''The Philippines' feed-in tariff allocation right now is 250 megawatts for biomass. Other countries like Germany, for example, have thousands of megawatts of biomass. So we're just scratching the surface.''

Additionally, the Department of Energy has stated that the Philippines' supply of biomass resources has the potential to generate a capacity of 4,450 MW, which is equivalent to 40 per cent of the country's energy needs, if developed. Abundant and with zero-carbon dioxide emissions, biomass is considered one of the solutions to the energy challenges of the future.

''This collaboration is significant to GE because this is our first power generation deal with the Aboitiz group and is the largest procurement of Jenbacher engines in the Philippines to date,'' said John Alcordo, ASEAN regional general manager for GE's Distributed Power business.

Seven of GE's Jenbacher gas engines, four J420 and three J320 units, will be delivered to Aseagas by October 2015 for the first of three phases of the project, targeting the power plant to go online before year's end.

The second phase commences early in 2016. DESCO Incorporated - GE's authorised distributor for Jenbacher gas engines in the Philippines - will be in charge of the installation and maintenance of the units.

The Aseagas venture signals rosy prospects in utilising alternative sources of energy to broaden the country's energy mix, which is seen as vital in powering sustainable progress. ''Aside from contributing to the grid's power generation mix, hopefully this project also increases awareness on how organic waste can be put to good use, such as for power generation,'' Alcordo said.

Founded in 2005, ecomagination is the company's commitment to technology solutions that save money and reduce environmental impact for its customers and GE's own operations.