Scientists at the US National Institute of Allergy and Infectious Diseases (NIAID) and UK drug firm GlaxoSmithKline have invented a vaccine that would provide an effective answer to the dreaded virus that has caused thousands of deaths, mostly in the African continent. 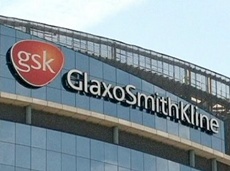 The new experimental treatment for the Ebola virus disease, cAd3-ZEBOV, is based on a chimp adenovirus to which an Ebola virus gene has been added to stimulate an immune response.

The chimpanzee cold virus has been genetically engineered to carry a non-infectious Ebola protein on its surface. It carries genetic material from two strains of the Ebola virus

The vaccine can't infect people with Ebola, instead, it teaches the body to recognise the killer virus and prepares the immune system to attack it in case of an infection, says the report.

GSK proposes to produce one million doses a month of the vaccine by the end of 2015.

After research showed that the new vaccine caused no serious side effects when tested on 20 healthy volunteers, the life saver Ebola vaccine will be produced by the end of 2015, say its proponents.

Scientists have hailed a vaccine against the killer Ebola virus which could prevent all future outbreaks.

The vaccine uses a chimpanzee cold virus which has been genetically engineered to carry a non-infectious Ebola protein on its surface, according to a research report published in the New England Journal of Medicine.

The investigators found that seven of the high dose and two of the low dose volunteers produced T-cell immune responses, which may be important in protection against Ebola viruses.

The report said none of those immunised suffered major side-effects and all produced antibodies.

A medical doctor with the NIH, Anthony Fauci said the safety and ability to produce an appropriate immune response is an unqualified success, even though it is an early Phase 1 trial.

But, he said, ''The road is still long and there are many challenges but we are nevertheless one step closer to a solution.

''It's good news. If it was very toxic or didn't induce good immune response, we couldn't go on to the next step, but the proof of the pudding is efficacy.

''On safety and on the ability to produce an appropriate immune response we can call this trial an unqualified success, even though it was an early Phase 1 trial.

''If the outbreak is still going on six months from now and the vaccine at that point is shown to be effective, it could have a very positive impact on the current epidemic.''

The vaccine is simultaneously being tried in the UK, Switzerland and Mali and if the trials produce similar results, GSK plans to vaccinate thousands of frontline health workers in West Africa early next year.

Dr Fauci said the long-term aim was to use the vaccine to protect against all future outbreaks.

Scientists say the new experimental treatment could provide the answer to stopping other outbreaks as research showed it caused no serious side effects when tested on 20 healthy US volunteers.

Scientists will monitor them for 48 weeks but said their immune response so far offered hope after they all developed Ebola anti-bodies within four weeks.