GlaxoSmithKline (GSK) is in talks to sell Lucozade and Ribena to Suntory Beverage & Food in a deal that would value two of Britain's most popular soft drinks brands at around £1.5 billion, Sky News yesterday reported, citing people close to the talks. 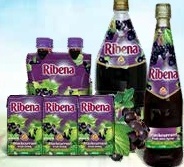 Suntory Beverage & Food Ltd, a unit of Japanese brewing and distilling giant Suntory Holdings Ltd, has been in discussions with GSK for the last few weeks and an offer would pre-empt an auction of the brands that was to start later this month, the report said.

Executives from Suntory have in recent weeks already visited GSK production sites and seen presentations and a deal could be announced in the next few days, the report added.

In April, the London-based company said that it would sell Lucozade and Ribena, and analysts had speculated that the two brands would fetch more than £1 billion ($1.5 billion).

Andrew Witty, CEO of GSK, had in February said that he would begin a ''review evaluating all strategic options'' for the drinks to ''look at the best ways to ensure their continued growth.''

The company later decided to pursue the divestment of these brands and hired JP Morgan and Greenhill, the investment banks, to oversee the sale.

GSK had said that the sale would not affect Horlicks, GSK's malt-based drink, which is a popular health drink in India and Pakistan, both fast growing markets.

Apart from being Britain's largest pharmaceutical company, GSK is also the country's third-biggest soft drinks maker, behind Coca-Cola and Britvic.

The Tokyo Stock Exchange-listed Suntory Beverage & Food is flush with funds after in June it raised $4 billion through an initial public offering.

Suntory bought the Orangina Schweppes drinks brand in 2009 for more than $3 billion and Frucor energy drinks for €600 million.