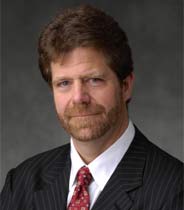 The job cuts will affect about 57 per cent of ResCap's work force, leaving the unit with 3,800 employees, GMAC spokeswoman Gina Proia said. Most of the cuts will take place this year. The first 3,000 job cuts will cost $90 million to $120 million, mostly during the third quarter, with more expenses later, according to a statement issued yesterday.

Spokeswoman Proia said GMAC planned to expand its servicing operations, and focus on strategic lending. She declined to say whether GMAC had hired outside advisers to conduct asset sales.

''They are a reflection of the market environment we are in. We're streamlining and refocusing our resources on parts of the business that have a more compelling business model. Unfortunately, that includes a good deal of right-sizing,'' she said.

GMAC said it will stop offering home loans through its Homecomings Financial broker channel. It will also evaluate strategic options for GMAC Home Services, which helps companies relocate employees, and "non-core" mortgage servicing businesses. GMAC plans to keep offering mortgages directly "where there is a secondary market to sell the loans."

"While these actions are extremely difficult, they are necessary to position ResCap to withstand this challenging environment," said ResCap CEO Tom Marano.

The cuts renewed doubt about GMAC's effort to rescue ResCap, ranked eighth among US mortgage companies last year and 12th in sub-prime home loans for 2006. GMAC lost $5.4 billion over the past year, and ResCap's losses in the last seven quarters total $7.2 billion. GMAC arranged a $60 billion refinancing in June to keep ResCap from bankruptcy. (See: GMAC unit to get $750 million funding from GM, Cerberus)

GM shares were up 21 cents at $10.86 in afternoon trading on the New York Stock Exchange. ResCap debt trades at deeply "distressed" levels. Its 8.5 per cent notes maturing in 2013 traded Wednesday morning at 25.5 cents on the dollar, yielding 53.11 per cent.