The CCI approval for the Future Group-Reliance Group deal comes as a huge setback for US e-commerce giant Amazon, which is seeking to enforce an arbitration award from a Singapore court restraining the parties from implementing the deal 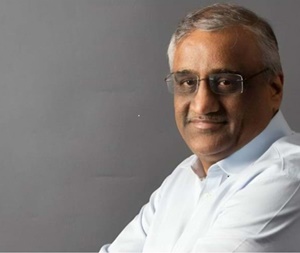 The Competition Commission of India (CCI) today approved the acquisition of the retail, wholesale, logistics, and warehousing businesses of Future Group by Reliance Retail Ventures Limited (RRVL) and Reliance Retail and Fashion Lifestyle Limited, in a huge setback to the US e-commerce giant Amazon.
"Commission approves acquisition of retail, wholesale, logistics & warehousing businesses of Future Group by Reliance Retail Ventures Limited and Reliance Retail and Fashion Lifestyle Limited," CCI said in a tweet.
The CCI approval comes even as the Delhi High Court today reserved its order in the suit filed by Future Retail against Amazon for trying to stall the transaction through an Emergency Arbitration award of the Singapore International Arbitration Centre (SIAC).
A single judge bench of Justice Mukta Gupta reserved its order on the issue of grant of interim relief to Future Retail, which had sought directions from the Court to restrain Amazon from meddling in its lawful contract with Reliance.
Future Retail has sought directions from the court restraining Amazon from interfering in implementing a lawful contract with Reliance.
Without challenging the Emergency Award, FRL has contended that Amazon ought to be prevented from writing to statutory authorities such as the Securities and Exchange Board of India (Sebi) in an attempt to stall the deal.
FRL has asserted that the Emergency Award is of no consequence as it is not enforceable in India.
Amazon claims that the "ship of arbitration has sailed" in the present case and thus, the present suit was not maintainable.
The e-commerce giant has stated that the Emergency Award is binding on all parties as it was duly recognised under Part I of the Arbitration Act.
Earlier this year, Kishore Biyani-owned entity Future Retail, which runs Big Bazaar and other retail outlets, had announced its deal with Mukesh Ambani-owned Reliance Retail Ventures Limited.
Under the Rs24,713 deal, Reliance Retail will have access to close to 1,800 stores across Future Group's Big Bazaar, FBB, Easyday, Central, Foodhall formats, which are spread across 420-odd cities in India. The acquisition is being done as part of the scheme in which Future Group is merging certain companies carrying on the aforesaid businesses into Future Enterprises Limited (FEL).
The retail and wholesale undertaking of Future Group will be transferred to Reliance Retail and Fashion Lifestyle Limited (RRFLL), a wholly-owned subsidiary of Reliance Retail Ventures Ltd (RRVL).
Reliance Retail will now get access to close to 1,800 stores across Future Group's Big Bazaar, FBB, Easyday, Central, Foodhall formats, which are spread in over 420 cities in India
The logistics and warehousing undertaking will be transferred to RRVL directly. “As a result of this reorganisation and transaction, Future Group will achieve a holistic solution to the challenges that have been caused by Covid and the macro economic environment. This transaction takes into account the interest of all its stakeholders including lenders, shareholders, creditors, suppliers and employees giving continuity to all its businesses", Kishore Biyani, Group CEO, Future Group said earlier.
Amazon, an investor in Future Coupons, the holding company of the Future Group, subsequently, moved the Emergency Arbitrator on the ground that Reliance fell in the negative list of 30 entities with which Future Group could not transact.
The Emergency Arbitrator had then passed an interim award injuncting Future Group from taking any steps in furtherance of the transaction with Reliance.
MORE REPORTS