Foxconn likely to sign deal for manufacturing plant in Maharashtra

Taiwan-based electronics contract manufacturer Foxconn is likely to sign a deal with Maharashtra government for setting up a manufacturing hub in the state, reports quoting official sources said. 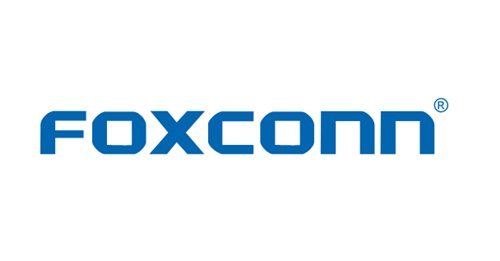 Foxconn executives are reported to have met Chief Minister Devendra Fadnavis and held meetings with government officials early this month.
Foxconn is reported to have bid for a 45-acre plot in the special economic zone (SEZ) of the Jawaharlal Nehru Port Trust (JNPT). The contract manufacturer is also looking for a bigger plot in the outskirts of JNPT for future expansion, the report suggests.
Fadnavis is said to have written to union minister of road transport and highways, shipping and Ganga rejuvenation, about Foxconn’s land requirements.
Foxconn, which manufactures iPhones for Apple and supplies electronic parts to several manufacturers, had in 2015 announced plans to invest $5 billion in the state to set up a mobile phone manufacturing unit and allied facilities. The project was expected to create 50,000 jobs by 2020.
The company already manufactures televisions as well as Xiaomi and Nokia-branded mobile phones at its plants in Andhra Pradesh and Tamil Nadu.
Foxconn had also proposed to employ engineers from IIT Mumbai and also provide training to 1,000 of those employed in its Indian factories at Taiwan University to upgrade their skills further.
Earlier the Maharashtra government had in 2005 signed an MoU with Foxconn for setting up a manufacturing facility. Foxconn wanted a waiver of the 11.5 per cent import duty on cell phone parts, while the state proposed in February 2017 that it would compensate the Taiwanese company by giving it a grant or subsidy. However, the deal still did not go forward.
Hon Hai Precision Industry Co, Ltd, trading as Foxconn Technology Group, is a multinational electronics contract manufacturing company with its headquarters in Tucheng, New Taipei, Taiwan. Today, it is the world's largest contract electronics manufacturer and the fourth-largest information technology company by revenue. The company is the largest private employer in Taiwan and one of the largest employers worldwide.
Foxconn manufactures electronic products for major American, Canadian, Chinese, Finnish and Japanese companies. Notable products manufactured by Foxconn include the BlackBerry, iPad, iPhone, iPod, Kindle, Nintendo 3DS, Nokia devices, Xiaomi devices, PlayStation 3, PlayStation 4, Wii U, and Xbox One. As of 2012, Foxconn factories manufactured an estimated 40 of all consumer electronics sold worldwide.
MORE REPORTS