The revamped board of Fortis Healthcare after today’s extraordinary general meeting (EGM) will decide the suitor for the company even as the board failed to muster support for the Munjal-Burman bid. 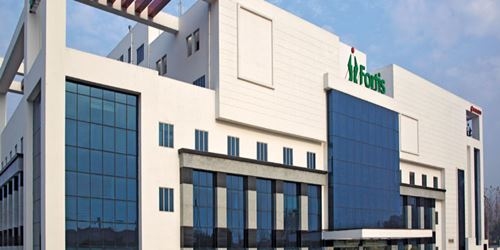 While three independent directors appointed recently voted against it, at least two other suitors consider themselves in the race.  Manipal Health has again revised its offer and IHH Healthcare extended the validity of its bid till 29 May.
Three independent directors voting against the offer suggests some large shareholders oppose the deal and the board’s recommendation may not get shareholder support,
Three promoter-nominated directors of Fortis Healthcare quit the board even as the ministry of corporate affairs (MCA) initiated investigations into alleged mismanagement at the healthcare provider amidst an ongoing takeover battle for the company.
The director-General of MCA will look into mismanagement at Fortis Healthcare amidst charges of founding members siphoning off funds.
While three directors — Harpal Singh, Tejinder Singh Shergill and Sabina Vaisoha — quit the company’s board a day ahead of today’s (22 May) extraordinary general meeting (EGM), Brian Tempest, also a promoter-nominee, remains on the board.
There would, however, be no revamp of the board with government nominees packing the board.
Harpal Singh is the father-in-law of former promoter Malvinder Singh, while Tempest is former chief executive officer (CEO), Ranbaxy Laboratories.
Harpal Singh wrote in his resignation letter: “Despite delivering a good outcome for the company and its shareholders there still persist some less informed attempts to steer the board and the company into a situation that could be perilous for the company’s future.”
Besides the four, the Fortis board comprises four additional independent directors, including Suvalaxmi Chakraborty, Indrajit Banerjee and Ravi Rajagopal, and shareholders will vote on their appointment as board members in an EGM called by two institutional investors to consider the appointment of three new independent directors and removal of four existing ones.
The outcome will have a bearing on who takes over India’s second-largest hospital chain.
That’s because the four directors that East Bridge Capital Fund and Jupiter India Fund (12.04 per cent owners of the company) to be removed are among the five who on 10 May voted in favour of the offer by Sunil Munjal’s Hero Enterprises Investment Office and the Burman’s family office. Three of them — Sabina Vaisoha, Harpal Singh and Tejinder Singh — have already quit. The EGM will now decide the fate of the fourth — Brian Tempest.
The takeover battle for Fortis Healthcare followed the exit of founders Malvinder Singh and Shivinder Singh, who lost control of the hospital chain following allegations of siphoning money from the company.
The company received bids from five suitors, with four revising their offers multiple times. Apart from the Munjal-Burman combine, other bidders include TPG-led Manipal Health Enterprises Pvt Ltd, Malaysia’s IHH Healthcare Berhad, Radiant Life Care Pvt Ltd and China’s Fosun Group.
Three days after the board chose the Hero Enterprise-Burman offer, the TPG-Manipal Hospitals combine came up with a revised bid, raising its earlier offer by 12.5 per cent. In its latest offer, the combine proposed a preferential allotment of Rs180 per share.
Fortis has been facing trouble for over 18 months, with the Singh brothers, the promoters of Fortis Healthcare, caught in a case filed by Japanese drugmaker Daiichi Sankyo and then the auditor not willing to sign the company’s balance sheet.
Recently, Fortis Healthcare CEO Bhavdeep Singh said he had not been able to focus on the business over the past 12-18 months.
Meanwhile, reports quoting official sources said the ministry has received complaints regarding mismanagement and referred the matter to the director general for investigation.
If the government feels a company is being mismanagement, it can take it over. This was done in the case of Unitech and the National Spot Exchange.
“The fact that three directors have stepped down means that they did not have the confidence to face the vote of the shareholders,” a top executive of the firm said.
Shares of Fortis Healthcare were up 2.73 per cent at Rs 148.50 on the BSE.
MORE REPORTS