In another twist to the Fortis Healthcare saga, the country’s second largest healthcare provider said on Thursday that it has received an unsolicited binding offer jointly from Sunil Munjal’s Hero Enterprise and the Burmans of Dabur to invest Rs1,250 crore directly in the company through a preferential allotment. 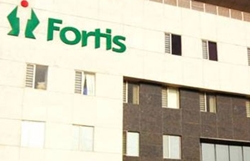 Of this amount, Munjal and the Burmans have offered to invest Rs500 crore immediately and Rs750 after due diligence, to be completed within three weeks.
Group entities of Munjal and the Burmans are shareholders of Fortis, holding approximately 3 per cent shares. With the latest proposal to pump in Rs 1,250 crore, they would together get around 16 per cent additional stake in Fortis.
The development comes even as the Fortis board has approved a takeover offer from Manipal Hospitals and is also fielding a non-binding rival offer from Malaysia’s IHH Healthcare Berhad (See: Malaysia’s IHH plans to outbid Manipal Hospitals for Fortis: report).
“We are investing an amount of Rs500 crore, based on the current business and financial position of the company reflected in the Company's various public filings, and taking into account information in the public domain, without doing any due diligence,” said the Munjals and Burmans in a joint statement.
Allotment and pricing will be as per SEBI ICDR guidelines for preferential issues or Rs156 per share whichever is higher. This is just higher than Manipal’s offer of Rs155 per share.
“Our offer is in the best interest of Fortis Healthcare. In fact, all those connected with the company’s ecosystem, its shareholders, patients, their attendants, the community and public at large, in addition to the lenders, suppliers, doctors, medical and non-medical staff will benefit from it. We are investing in the company and our aim is to create value for all stakeholders,” said Munjal in the letter to Fortis' Board.
“The said proposal is under evaluation by the company,” Fortis said in a statement to the exchanges.
“The utilisation of proceeds from this funding should only be used for paying dues to Fortis’s employees, repayment of loans and payment to pressing creditors,” the bid document noted.
“Our offer does not envisage any changes in the current structure, operations and assets of the company and is simple and is almost immediately implementable,” said Anand Burman.
He expressed the hope that the Board would consider this “very simple” offer and put it before shareholders to take a final decision. “We believe that our offer deserves serious and urgent consideration,” Burman said.
Munjal and Burmans have sought one board seat to the investors to monitor the above transaction.
Munjal along with the Burmans approached the company in the last week of March 2018 with the offer.
On July 19, 2017, Hero expressed interest in exploring the possibility of an M&A with Fortis, and had entered into a non-disclosure agreement.
“Unfortunately, these discussions could not fructify as there was an impasse which arose on account of the management's insistence that Hero should state the commercials, including a price, before any due diligence could commence and Hero insisted that unless a due diligence was permitted, no commercials including a price could be offered,” Munjal said in a statement.
“This resulted in a stalemate by the end of July 2017, and hence the discussions did not progress further at that stage,” the statement added.
Both Munjal and Burmans have thereafter independently acquired and held shares of the company.
“As shareholders, we are concerned regarding the company's future, as it presently finds itself at a very critical juncture of existence,” Munjal and Burmans said.
The troubled hospital chain has been rendered without a promoter after Shivinder and Malvinder Singh quit the board in February. The brothers now own around 0.77 per cent stake in the company. Yes Bank remains the largest shareholder of Fortis with 15 per cent stake in the company.
An analyst tracking the series of events in the Fortis saga who didn’t want to be named told Moneycontrol, “Ideally a buyer aims at buying controlling stake, but the money that they are talking about will get them a 16-per cent stake – it will be interesting to see what Munjal and Burmans are planning to do here, running hospitals isn’t there core business.”
Shares of Fortis rose 4.17 per cent to close at Rs153.80 on the BSE on Thursday, when the benchmark Sensex gained 0.47 per cent to end at 34,101.13 points.
MORE REPORTS