There is no Flipkart, it is all Walmart now, after the US retail giant quietly moved to increase its stake in the Indian online retailer to 81.3 per cent from the 77 per cent it acquired in a $16 billion deal in May this year. 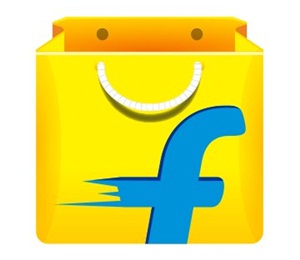 Walmart has also been systematically been eliminating or hiving off sister brands of Flipkart, and the latest in the list is reported to be fashion brand Jabong.
The move comes amidst a controversy built up over the exit of co-founder Binny Bansal and an expected rise in annual earnings after the hike in Q3 revenue.
The remaining 18.639 per cent shares is held by a clutch of investors, including Tencent (5.37 per cent), Tiger Global (4.77 per cent), Binny Bansal (4.2 per cent), Microsoft (1.53 per cent), Accel (1.38 per cent), Iconiq Capital (0.98 per cent), Temasek (0.29 per cent) and UBS (0.19 per cent), as per analyst data.
Walmart had, in May, invested an additional $2 billion besides acquiring a 77 per cent stake in Flipkart for $16 billion, adding 4.3 per cent to its holding in the e-commerce venture in the process.
Before the Walmart acquisition, shareholders, including SoftBank Vision (19.08 per cent), Tiger Global (18.83 per cent), Nasper (11.78 per cent), eBay (5.61 per cent), Tencent (5.41 per cent), Accel (5.31 per cent), Sachin Bansal (5.10 per cent) and Binny Bansal (4.82 per cent), together held  75.94 per cent in Flipkart’s equity.
With Walmart now holding over 81per cent in Flipkart, it remains to be seen whether the other investors, including Google, would be keen to hold on to their stakes in the Indian e-commerce company.
The market valuation of Flipkart might also have gone up since the Walmart investment in May when it was valued at $20 billion.
MORE REPORTS