Walmart, eBay to hold talks over Flipkart; SoftBank holding out

As Flipkart nears the close of its $12 billion stake sale to Walmart, a fresh round of talks might happen between the US-based retail giant and global online marketplace eBay to figure out issues related to merchants. 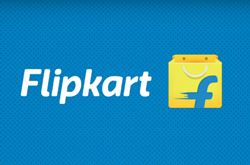 According to an article in Recode, Walmart might have to negotiate with eBay if it wants to do business over the next few years. eBay has invested $500 million in Flipkart and holds a 5 per cent stake in the company.
Under the existing deal, Flipkart is allowed to sell merchandise from certain sellers at eBay for four years. Walmart, which has competing merchants in the same category, will have to either wait for four years or negotiate with eBay. Recode’s sources said the talks might happen over the next few days.
Top brass from Walmart, eBay, Tiger Global, and SoftBank Group have had discussions on valuation and ironing out the deal.
Talks have been on between Walmart and SoftBank over Flipkart's final valuation, with the Japanese telecom major asking for almost a billion dollars more. A Business Standard report quoting sources said it had delayed the signing of the term sheet. Walmart, according to the report, was supposed to sign the dotted line almost 10 days back, soon after it had completed its due diligence.
"While Walmart is valuing Flipkart at close to $20 billion, SoftBank values Flipkart at over $21 billion. This would make the value of the primary as well as secondary shares higher, which would benefit SoftBank," said a source. SoftBank said it does not comment on speculations.
Walmart is planning to pick up around 55 per cent stake in Flipkart through a mix of primary and secondary stake purchase, paying $8-10 billion.
Reports say Flipkart founders Sachin and Binny Bansal, investors Tiger Global, and other investors were in favour of a deal with Walmart.
According to an Economic Times report, a number of key shareholders in Flipkart, arguably India’s largest online retailer (though Amazon disputes this claim), have agreed to sell their stakes in the Bengaluru-based company to Walmart but the biggest of them, SoftBank, is holding out for a better price.
Walmart has reached an agreement on buying the stakes of New York-based investment firm Tiger Global Management, South African media conglomerate Naspers, venture capital firm Accel and China’s Tencent Holdings, ET quoted sources as saying.
Flipkart founders, Sachin Bansal and Binny Bansal, may sell a part of their stake in the company, they said. These six shareholders collectively hold more than 55 per cent of Flipkart.
SoftBank, the biggest stakeholder with 20 per cent share is seeking a better price, estimated at $15-17 billion, through a secondary sale of shares, according to the ET report.
“Discussions with SoftBank are still ongoing … most of the others have come aboard. In a deal like this, there are always ebbs and flows, but there is a time factor to consider as well,” said one of the sources.
The final contours of the transaction are still being worked on and could change at short notice, the sources said.
MORE REPORTS