Flipkart's chief operating officer Nitin Seth has put in his papers, according to an Economic Times report citing two sources familiar with the development. 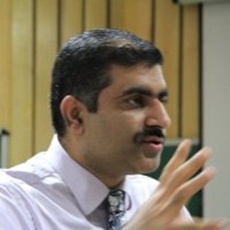 Seth, who was in charge of logistics unit Ekart besides corporate functions like strategy and human resources, is leaving the organisation citing personal reasons.

The development will further widen the ambit of chief executive officer Kalyan Krishnamurthy, who last week took over the HR function. Seth's exit will put the former Tiger Global Management executive in charge of all the key functions of the organisation.

"Ekart and corporate functions which Seth was in charge of will now report to Kalyan," said one of ET's sources. A company spokesperson did not reply to ET's queries on the issue.

Seth, who joined in February 2016 as chief people officer, had seen his responsibilities grow quickly as Flipkart went through multiple management restructurings. He was first elevated to chief administrative officer in the middle of 2016, putting him in charge of strategy and corporate function. Seth was given the title of COO in January, when Krishnamaurthy took over as Flipkart CEO from cofounder Binny Bansal, who took over as group CEO.

Before joining Flipkart, Seth worked as the MD of Fidelity International where he was responsible for its offshore operations across India and Tunisia. Before Fidelity he led McKinsey's global knowledge centre in India for eight years.

Seth's exit comes at a time when the Bengaluru-based company is in talks to acquire rival Snapdeal, when it will need to redistribute the over 1,000 employees at the latter. Flipkart is also in the process of integrating the acquisition of eBay India, making HR a key function for the organsation right now.