Indian ecommerce leader Flipkart has made its second big acquisition, buying out rival Jabong for $70 million (Rs471 crore) in cash, according to Jabong's parent company Global Fashion Group. In 2014, Flipkart had acquired Myntra to shore up its fashion offerings in what was the biggest ecommerce deal at the time. 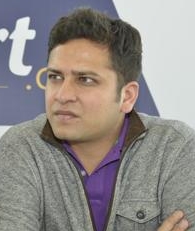 There had been speculation for a while now that Jabong was going to be sold. Most people however were looking towards the Aditya Birla Group, which recently launched a fashion marketplace called Abof.com, and Flipkart rival Snapdeal, as potential buyers.

A press release issued by Myntra stated that it is the lead on this acquisition, while Flipkart co-founder and executive chairman Sachin Bansal tweeted welcoming Jabong to the Flipkart family, as did fellow co-founder and Flipkart chief executive Binny Bansal.

Myntra's journey with Flipkart has been a bit of a roller coaster - after the company was acquired, Flipkart charted a controversial app-only approach for Myntra. This experiment was short-lived, with pushback from customers and a lot of scrutiny on the app-only strategy and what it foretold for other companies. In the end, little less than a year later, the company took a u-turn and re-launched the website.

With the acquisition of Jabong, Flipkart has strengthened its hold in the fashion space, and will probably be able to keep ahead of newer competitors like Abof.com, and old rivals like Amazon, thanks to the increased catalogue and customer base.

"The acquisition of Jabong is a natural step in our journey to be India's largest fashion platform. We see significant synergies between the two companies especially on brand relationships and consumer experience," said Ananth Narayanan, chief executive of Myntra.

The news comes soon after Myntra founder Mukesh Bansal left Flipkart, though the developments are likely not connected. Mukesh Bansal spent two years working with Flipkart after the acquisition, leaving in March this year.

Myntra's announcement also coincided with the launch of Amazon Prime in India. It's an interesting coincidence which throws into focus the areas that the two companies feel that they need to focus on.

According to rumours, Amazon Prime has been in the pipeline for India for a long time now, but has been getting delayed because the company wanted to launch it with Prime Video, but that's been a challenge because of licensing deals. Now, Prime has finally launched in India, and while there are no video services yet, they are said to be "coming".

This could prove to be a stumbling block for Amazon, as rival Flipkart already has a Prime-like service available in the form of Flipkart First. This provides free shipping and other benefits, much like Amazon Prime.