Italian-American Fiat Chrysler Automobiles (FCA) and France’s PSA have entered into a binding deal to combine business and resources to create the world’s fourth biggest carmaker and delivered a pledge to slash costs without closing factories. 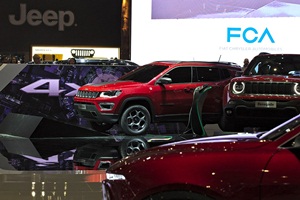 Europe’s second and third biggest car manufacturers and two of the world’s oldest car makers, however, face the challenge of winning over regulators politicians and trade unions who have vowed to resist any move to cut jobs.
The combined entity will have the leadership, resources and scale to be at the forefront of a new era of sustainable mobility by combining companies’ extensive and growing capabilities to address the challenges, a combined release stated.
The new company will be the fourth largest global OEM by volume and third largest by revenue with annual sales of 8.7 million units and combined revenues of nearly €170 billion.
The merger creates a diversified business with among the highest margins in its core markets of Europe, North America and Latin America and the opportunity to reshape the strategy in other regions.
The companies expect the merger to deliver approximately €3.7 billion estimated annual run-rate synergies with no plant closures resulting from the transaction – synergies are expected to be net cash flow positive from year 1.
It would also result in a strong combined balance sheet and high level of liquidity, providing financial flexibility with an investment grade credit rating.
Success is vital to help both companies cope with a slowdown in autos demand and the cost of making cleaner vehicles to meet tougher emissions regulations.
In a sign of the pressures on the industry to consolidate, Sweden’s Volvo AB also today agreed to sell its Japan-based UD Trucks business to Isuzu Motors for about $2.3 billion and share technology to help cut costs.
Fiat Chrysler and Peugeot merger marks next round of consolidation. The terms were little changed in the binding deal announced on Wednesday, including a target to cut costs by 3.7 billion euros ($4.1 billion) a year without closing factories.
The two companies are yet to say precisely how they plan to tackle that potential surpluses created by the merger.
The companies sold a combined 8.7 million vehicles last year, but have potential manufacturing capacity of 14 million vehicles, according to forecasters LMC Automotive.
The finance ministers of both France and Italy welcomed the deal, but also said they would closely monitor any impact on jobs in their respective countries.
The merged company will employ around 400,000 people worldwide, and unions have warned they will resist job losses.
FCA said it would meet unions on Friday to discuss the deal.
PSA and FCA said in a statement they expected the deal to close in the next 12 to 15 months, and that they would come up with a name over the coming months. In the meantime, they will have to win over regulators in the United States and Europe.
In a move that could help smooth U.S. approval, one of PSA’s shareholders, China’s Dongfeng Motor Group, will trim its 12.2 per cent stake in the French firm by selling 30.7 million shares to PSA.
The combined entity will have an 11-strong board, with five members nominated by PSA and five by FCA, including labor representatives from both.
MORE REPORTS