Ford to stop manufacturing in India, close its 2 plants

Ford Motor Co has decided to stop manufacturing in India, after taking a $2 billion hit in a market dominated by Asian rivals and local peers. The US auto major failed to attract buyers for its cars despite some efforts to cater to local tastes and demands. 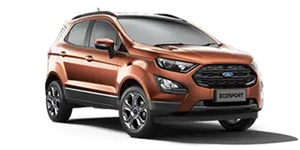 Ford, which has been in India for 25 years, managed to gain less than 2 per cent of the market share. Instead, Ford has been left with accumulated operating losses of more than $2 billion in 10 years, and with weak demand for its new vehicles, it does not see a path to profitability in the Indian market.
"Despite (our) efforts, we have not been able to find a sustainable path forward to long-term profitability," Ford India head Anurag Mehrotra said in a statement. "The decision was reinforced by years of accumulated losses, persistent industry overcapacity and lack of expected growth in India's car market," he said.
Ford is shutting down manufacturing operations in India - at Sanand in Gujarat and Maraimalai Nagar in Tamil Nadu – mainly because it has failed to utilise plant capacity. The two plants have a combined capacity of 4,00,000 units annually, but Ford has only managed to produce 80,000 cars (20 per cent of the capacity), with half of them for the export market.
“Despite investing significantly in India, Ford has accumulated more than $2 billion of operating losses over the past 10 years and demand for new vehicles has been much weaker than forecast,” Jim Farley, Ford Motor Company’s president and CEO, stated in the release.
The Sanand plant has been built to meet Ford’s global standards, and this made production at the facility comparatively costly considering local market demands. It was here that Ford manufactured its most popular models – Ford EcoSport and Ford Endeavour.
The Maraimalai Nagar facility was more cost-effective for the local market, but the facility was catering to Ford’s dated India line-up, with low demand. Ford lost its edge as it failed to bring in competition after the EcoSport.
Ford, however, will continue to have a presence in India and will increase its business solutions team that will support Ford globally, the team will focus on engineering, technology, and business operations. The company also said that India will retain Ford’s second-largest salaried workforce globally and in addition to Ford Business Solutions, Ford India will continue engine manufacturing – until Q2 2022 – for export.
Ford said, the closure will affect about 4,000 employees and that the company will work with the employees, unions and all stake holders to plan a fair settlement.
While the move to shut local production is destined to hit existing owners, Ford said it is committed to continue full support operations with service, aftermarket parts and warranty services. Dealers too will be operational as the network would still exist to support the CBU business.
Ford will now focus on importing niche models, such as the Mustang, which it announced and also other vehicles like the Bronco, as well as other EVs and even the Ranger pickup truck.
Ford had, in October 2019, entered into a collaboration with Mahindra & Mahindra for continuing production in India. However, that deal collapsed after a year. The carmaker could still form a joint venture with yet another carmaker in India, but has not announced any plans yet.
Ford follows other US auto makers such as General Motors and Harley Davidson, which have already left India.
MORE REPORTS