Italian carmaker Fiat is planning to beef up its relatively small presence in the Indian market by leveraging models of Chrysler, the US automaker in which it acquired a majority stake three years ago, as well as by launching a few of its own premium brands such as Alfa Romeo and Maserati, says a report. 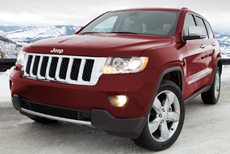 A person close to the development said a blueprint is being created to increase Fiat's presence in India with new models and, if these plans fructify, the new launches will be outside the 50:50 joint venture Fiat has with Tata Motors to make cars for the two companies as well as transmissions and engines, says The Economic Times.

The Chrysler model will be brought into the country in completely-knocked-down (CKD) condition and assembled at the Tata-Fiat manufacturing plant in Ranjangaon near Pune on contract; the Fiat brands will be brought in via the CBU (completely built unit) route.

While almost every global automaker has expanded operations in India by launching cars in segments from compacts to luxury sedans, Fiat hasn't quite stepped on the gas. By getting the cult Jeep brand, Fiat will plug a gap in its portfolio by carving out a presence in the SUV segment.

Fiat India chief executive Rajeev Kapoor said, "I have no comments to make on this."

Ariel Gavilan, spokesperson for Chrysler, said, "There are no new plans to be announced at this time."

People close to Fiat point out that Chrysler has major plans for emerging markets, and India is at the core of this.