Exxon Mobil Corporation yesterday said it is expanding its refining and chemical capacity along the US Gulf Coast through planned investments of $20 billion. 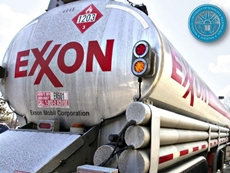 Exxon said the investement, which will be spread over a 10-year period, would create over 45,000 jobs.

Darren Woods, chairman and chief executive officer, said during a keynote speech on Monday to an oil and gas industry conference in Houston, Texas, the phased investments "are aimed to take advantage of the American energy revolution."

The announcement drew immediate praise from the White House, with Trump congratulating the company for creating the new construction and manufacturing jobs.

''This is exactly the kind of investment, economic development and job creation that will help put Americans back to work,'' the President said. ''Many of the products that will be manufactured here in the United States by American workers will be exported to other countries, improving our balance of trade. This is a true American success story. In addition, the jobs created are paying on average $100,000 per year.''

The projects, at 11 proposed and existing sites, are expected to generate thousands of new high-paying jobs and $20 billion in increased economic activity in Texas and Louisiana, Woods said, highlighting the company's Growing the Gulf initiative.

ExxonMobil is strategically investing in new refining and chemical-manufacturing projects in the US Gulf Coast region to expand its manufacturing and export capacity.

The company's Growing the Gulf expansion program, consists of 11 major chemical, refining, lubricant and liquefied natural gas projects at proposed new and existing facilities along the Texas and Louisiana coasts. Investments began in 2013 and are expected to continue through at least 2022.

''The United States is a leading producer of oil and natural gas, which is incentivizing US manufacturing to invest and grow,'' said Woods. ''We are using new, abundant domestic energy supplies to provide products to the world at a competitive advantage resulting from lower costs and abundant raw materials. In this way, an upstream technology breakthrough has led to a downstream manufacturing renaissance.

Woods said that ExxonMobil's Gulf expansion projects are expected to provide long-term economic benefits to the region, noting the creation of direct employment opportunities and the multiplier effects of the company's investments.

''Importantly, Growing the Gulf also creates jobs and lasting economic benefits for the communities where they're located,'' Woods said. ''All told, we expect these 11 projects to create over 45,000 jobs. Many of these are high-skilled, high-paying jobs averaging about $100,000 a year. And these jobs will have a multiplier effect, creating many more jobs in the communities that service these new investments.''

According to the American Chemistry Council, chemical manufacturing is one of America's top exporting industries, accounting for 14 per cent of overall US exports in 2015, and exports of specific chemicals linked to shale gas are projected to reach $123 billion by 2030. Most of ExxonMobil's planned new chemical capacity investment in the Gulf region is targeted toward export markets in Asia and elsewhere.

''These projects are export machines, generating products that high-growth nations need to support larger populations with higher standards of living,'' Woods said. ''Those overseas markets are the motivation behind our investments. The supply is here; the demand is there. We want to keep connecting those dots.''