ExxonMobil to invest $37 bn annually for next five years

Global oil and gas giant ExxonMobil Corp said yesterday that the company would invest $37 billion per year over the next five years despite global economic uncertainties, anticipating future growth in demand for oil and gas.

The US oil company reported earnings of $15.9 billion in the second quarter, up 49 per cent compared with $10.7 billion for the same quarter last year, thanks to a net gain of $7.5 billion associated with divestments and tax related items.

Excluding the one-time gains the earnings slumped 22 per cent to $8.4 billion, the company's smallest profit in the last seven quarters. 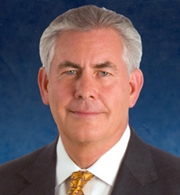 ''Capital and exploration expenditures were $9.3 billion in the second quarter and a record $18.2 billion for the first six months of 2012 as we progress our plans to invest about $37 billion per year over the next five years to help meet the global demand for energy,'' Tillerson said.

The company's capital expenditure for the quarter was down 9 per cent compared with a year ago quarter.